Inspired by the past, Few Spirits is releasing its first-ever Bottled-in-Bond Straight Bourbon Whiskey. This comes as the bourbon industry will soon celebrate the 125th anniversary of the Bottled-in-Bond Act.

Few’s new, four-year-old bourbon was created in accordance with the Bottled-in-Bond Act of 1897 and the product started hitting the shelves in key markets and through a direct-to-consumer channel this month, with plans to expand in 2022 and beyond.

The new expression is being introduced in celebration of the brand’s 10th anniversary, as well as looking forward to next year’s 125th anniversary of the passage of the Bottled-in-Bond Act. 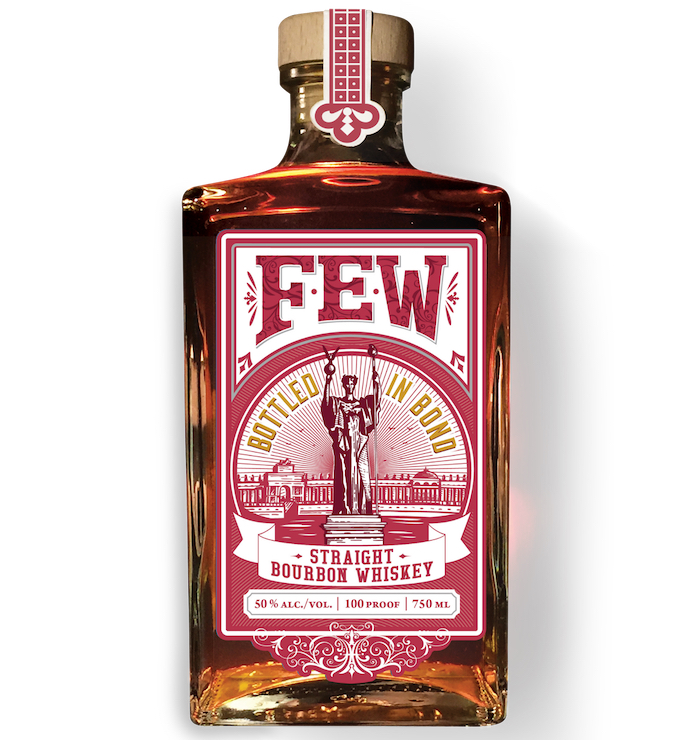 Paul Hletko, Few Spirits founder, said in a prepared statement the new Bottled-in-Bond Straight Bourbon Whiskey is a nod to the inspiration they pull from the past, but also an indication of what’s to come.

“We’ve expanded our facilities and laid down thousands of barrels of ageing whiskey stock for decades to come,” he said. “Moving into 2022, all Few Whiskey that comes to market will be aged at least four years and the distillery will continue to release bottled-in-bond products as well as new, innovative, and sometimes quirky releases that reflect the DNA of Few Spirits.”

So what does it mean to be “Bottled-in-Bond?”

Bottled-in-bond is a label for an American-made distilled beverage, usually whiskey, that has been aged and bottled according to a set of legal regulations contained in the US government’s Standards of Identity for Distilled Spirits. It was put in place as a government-backed guarantee of a product’s quality and authenticity at a time when adulteration of spirits was relatively common.

To be labeled as bottled-in-bond or bonded:

More official information on the bourbon can be found below.