The non-profit organization Bourbon Charity recently announced that in just two years, it has raised $1.2 million for 26 different charities. And thanks to its “Bourbon Hood” group of passionate monthly givers, Bourbon Charity is now fully funded … meaning that 100 percent of the funds it raises will be donated to its various charities.

“Giving back and celebrating a love of bourbon are at the core of Bardstown Bourbon Company,” said Bardstown CEO Mark Erwin in a prepared statement. “We are thrilled to partner with an organization like Bourbon Charity that lives out those values and allows us to raise funds for a great cause.” 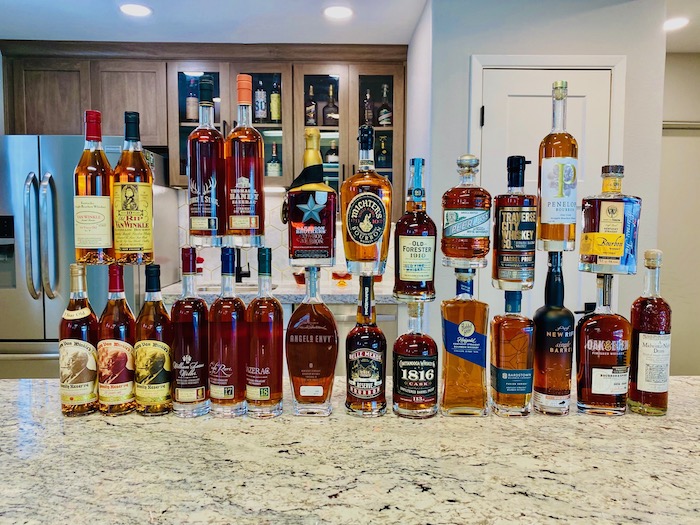 Participants in the upcoming Father’s Day event will have the opportunity to purchase raffle tickets for the “Ultimate Bourbon Giveaway” for the chance to win coveted prizes, which include:

Tickets are available online through June 20 in the following denominations: $10 (25 tickets), $25 (150 tickets), or $50 (500 tickets). Each ticket affords participants a chance to win any giveaway. Winners will be announced on Friday, June 25th, via Instagram Live (@bourboncharity).

Founded in 2019 when his “Pops” was diagnosed with prostate cancer, Brandon Hunt donated his bourbon collection to start the organization. In one year’s time, Bourbon Charity has enlisted more than 12,000 supporters whose passion for combining charity with bourbon to #drinkforachange has raised more than $1.2 million to 26 charitable causes, including: Prostate Cancer Foundation, Children’s Tumor Foundation, Fisher House Foundation, Dare to Care, and Charity: Water. All donations are tax deductible.

“Father’s Day is an especially significant day for me in light of my Pops’ prostate cancer diagnosis,” said Hunt. “Between that experience and a few other challenging events for my family and friends, I’m committed to helping make a difference in others’ lives. And I’m continually amazed and inspired by this passionate and likeminded bourbon community that has joined me for the ride.”

Hunt said the online fundraising model has served the organization well, especially given the current state of the economy, as well as the world. In addition to barrel picks, Bourbon Charity hosts several online fundraising events throughout the year, featuring rare and allocated whiskey, such as Pappy Van Winkle, Eagle Rare, Weller, Sazerac, George T. Stagg and more.

Participants can also get involved by joining the Bourbon Hood, a passionate community of 650 monthly givers that help to ensure every public dollar donated help the supported charities. Bourbon Hood members receive ticket entries in each fundraiser as well as exclusive merchandise and discounts.