The brand is returning the bourbon to its original proof with new, premium packaging. This new packaging celebrates Kentucky Bourbon’s first licensed endeavor and is named after the year Evan Williams first opened his distillery on the banks of the Ohio River.

The small batch bourbon, made from just 300 barrels or less, will be brought back to the company’s signature 90 proof, making it the second-highest proof in the Evan Williams Bourbon family. It will also now come in a glass bottle with the Evan Williams signature blown across the top and ‘1793’ displayed in gold foil across the label.

The Evan Williams 1783 Small Batch is crafted with Heaven Hill Distillery’s traditional Bourbon mash bill of 78% corn, 12% malted barley and 10% rye. It also retains what is described by those behind it as an extra-aged quality as it is a marriage of barrels aged six to eight years, resulting in the creation of a smooth, rich and bold flavor. 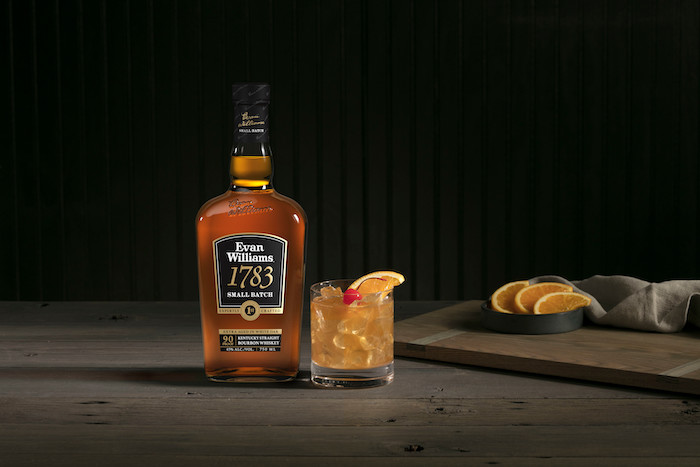 “Evan Williams 1783 Small Batch pays homage to some of the earliest years of licensed distilling in Kentucky, and an important year for Bourbon and the Commonwealth’s signature industry,” said Julie Cole, Evan Williams Senior Brand Manager, in a prepared statement. “With a return to the original 90 proof, the award-winning mashbill of Evan Williams 1783 is full-flavored and works both as a cocktail base and stand-alone sipper. We are excited to bring more focus to what is known as the ‘best kept secret’ in the Evan Williams Bourbon family.”

Evan Williams, for those that don’t of him, also served as an early Trustee of the City of Louisville, served as wharfmaster, and built the first county clerk’s office and city jail while also setting up his early distillery in 1783. As the first licensed commercial distiller in Kentucky, it is said Williams “laid the initial groundwork of entrepreneurial success for the Kentucky Bourbon industry. The award-winning Evan Williams Bourbon Experience invites hundreds of thousands of visitors to Downtown Louisville each year to walk through the same hand-crafted process Evan Williams began in 1783.”

The Experience, incidentally, is also a functional micro distillery that recently debuted its first bourbon produced entirely on site.

Shares
801
Views
Share on FacebookShare on TwitterGet Our Newsletter
Read More Whiskey News
Column: Despite The Coronavirus, 2020 Gave Us A Lot To Like About Whiskey
Cheers to the Dads! Personalize a bottle of his favorite whiskey to create a modern gift for the modern man. Use code: FATHERSDAY20 for $20 off your next order of $100 or more at ReserveBar