“The Eastside Distilling brand embodies all the personality and flavor of what it means to be from Portland, Oregon: creative, independent and free-spirited,” said Janet Oak, Eastside’s chief branding officer, in a prepared statement. “Our full lineup of Eastside premium artisanal products are craft inspired, experiential, very rare and extremely hard to get.” 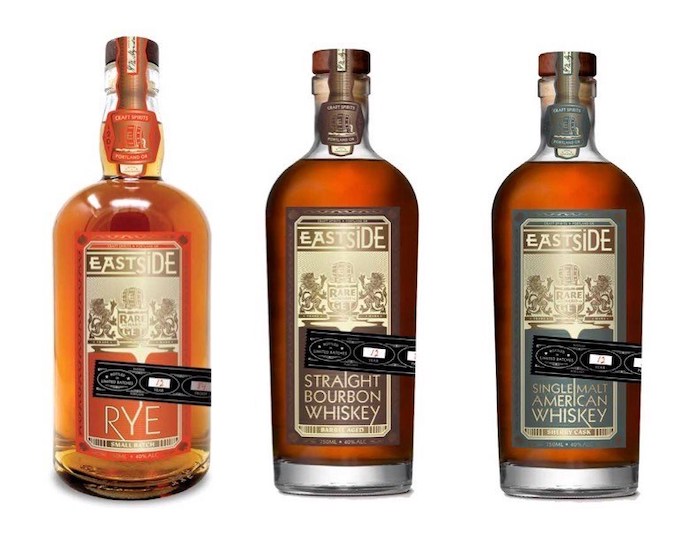 The new releases were developed with the help of Neil Powell Design Studios, and focuses on whiskey sourced from Eastside Distilling’s cellars. Outside of the corn whiskey, the other three expressions were aged in oak barrels, with the 40% ABV Single Malt American Whiskey finished in 70-year-old sherry casks.

These new releases, which join Eastside’s already popular Burnside and Barrel Hitch brands, will be first released to Oregon consumers starting in late March in hopes of having them on the shelves of retailers by April. Distribution will then expand, on a limited basis, into California, Texas, Georgia, Florida, and New York. The new Eastside brand will also include limited brandy, rum, and gin releases.

This news comes after a slightly tumultuous year for Eastside Distilling. The company saw a lot of staffing changes with the hiring of new CEO and head distiller, as well as terminating its licensing agreement with the creators of the Redneck Riviera products in late 2020 while also hiring Ericson as their new head distiller. The distillery also saw some comfortable financial gains last year, especially positive news considering the impact that the coronavirus has had on the craft spirits industry worldwide.