Diageo’s Blade And Bow Bourbon To Be Next Collectible Whiskey?

Love them or hate them, you have to give credit to spirits giant Diageo for doing its part to stir the rush of people stripping liquor store shelves dry as they search for anything collectible bourbon. We’ve seen this play out in some of the various Orphan Barrel releases, and I imagine as well the just launched 15 year old I.W. Harper bourbon will fall into this category also. Now coming up to bat for Diageo around this theme is Blade and Bow bourbon.

Blade and Bow is a new whiskey from Diageo which will be available in two different releases: the more regular bottling (around $50) and a “limited release” 22 year old offering (around $150!). It is this latter expression, which surprised many by winning the “Straight Bourbon” category at a recent prestigious sprits competition, that I expect will quickly be very hard to come by as it begins trickling out around the country in the coming weeks and months. 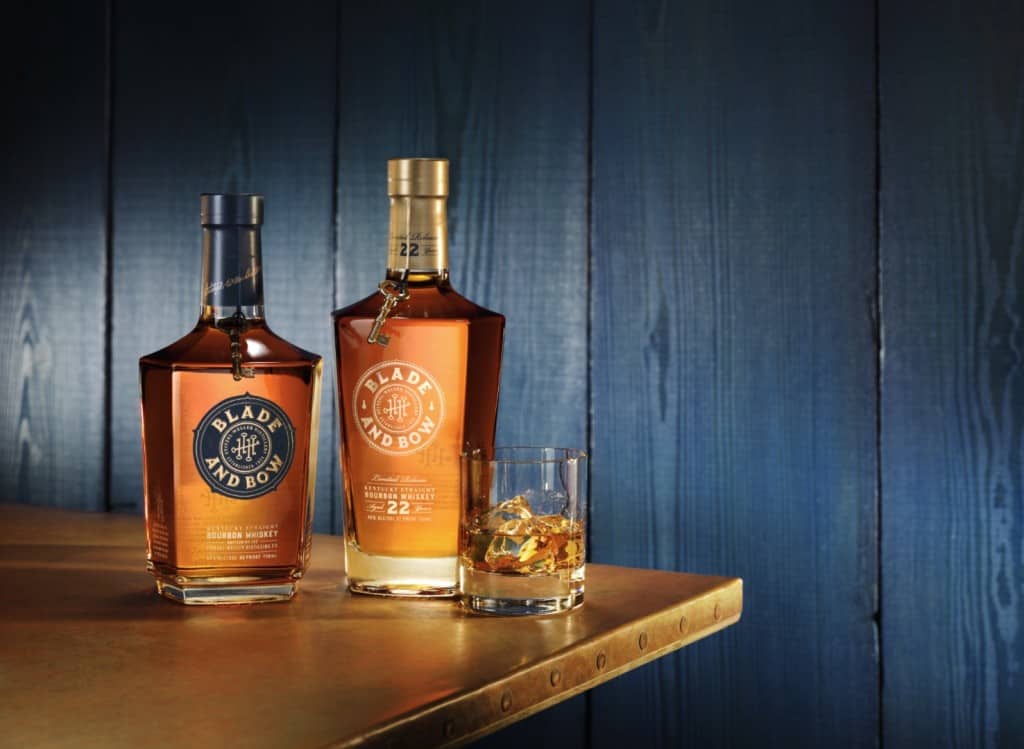 The story behind Blade and Bow is a bit divergent as far as the origins of these two bourbons go. The non-age statement release is said to be drawn from “some of the oldest remaining whiskey stocks distilled at Stitzel-Weller before it ceased production in 1992.” (Stitzel-Weller serves mainly as a whiskey storage facility these days) The 22 year old, meanwhile, “is comprised of whiskeys distilled at both the distillery historically located at 17th and Breckinridge in Louisville, Ky. and the distillery historically located in at 1001 Wilkinson Blvd. Frankfort, Ky. The limited release offering was most recently aged and bottled at Stitzel-Weller.”

The fact of location of distillation is important to note, as apparently the folks from Diageo aren’t talking about what specific distilleries the older release comes from, with it being noted to me as well by a company representative that it “does not contain Stitzel-Weller liquid.”

Another thing of interest to know specifically around the non-age statement bourbon, according to Diageo, is that it is crafted “using a unique solera aging system to preserve the original stocks. This solera liquid is then mingled with other fine whiskeys, aged and bottled at Stitzel-Weller.” This mixing process, which involves shuffling bourbon of varying ages from barrel to barrel, with no barrel ever quite being empty, is better described via a video you can view at the bourbon’s website. The system, it was told to me, was not used with the 22 year old though.

As for the name Blade and Bow, it is named after the two parts of a skeleton key and said to be “a tribute to the Five Keys of crafting bourbon made famous at Stitzel-Weller. Those keys included grains, yeast, fermentation, distillation and aging.” The keys also are represented on the whiskey’s geometric bottle with six sides, with one side bearing the Blade and Bow logo and product information, and “the other five representing each of the five keys to bourbon found throughout the Stitzel-Weller distillery.  Five different keys – some rarer than others – will adorn the bottles, with consumers being encouraged to collect all five.”

I’ve included tasting notes from Diageo for both releases below for your consideration and would love to hear your thoughts in the comments about these new bourbons.

Non-age statement Blade and Bow (bottled at 91 proof) – Beginning with a soft nose reminiscent of fresh fruit, Blade & Bow rewards sippers with a delicious hint of dried apricot and ripe pear on entry before melting into a sweet roasted grain taste mid-palate.  The finish includes notes of charred oak and warm winter spices.