Spirits giant Diageo, despite having Kentucky-based American whiskey operations already at Stitzel-Weller in Louisville and The Bulleit Distilling Company and Visitor Experience in Shelbyville, isn’t satisfied with its currently level of production there. It has thus decided to throw down on a large scale new production distillery in another part of this state, breaking ground on it for a planned 2021 opening.

The planned “Diageo Lebanon Distillery,” according to those behind it, is a $130 million investment being made in Lebanon, Kentucky. This new distillery will sit on approximately 144 acres, and consist of a 72,000 square-foot distillery and dry house, as well as 12 barrel warehouses. There was no immediate mention of whether it would be open to tourists or not.

“Today marks a significant moment in Diageo’s continued commitment to the Kentucky spirits industry, as we officially begin construction on the Diageo Lebanon Distillery and become a member of the Marion County community,” said Erik Snyder, president, North America Supply and Procurement for Diageo, in a prepared statement. “We are appreciative of the county, city, state and community leaders, and the support they have shown in our journey to this day.” 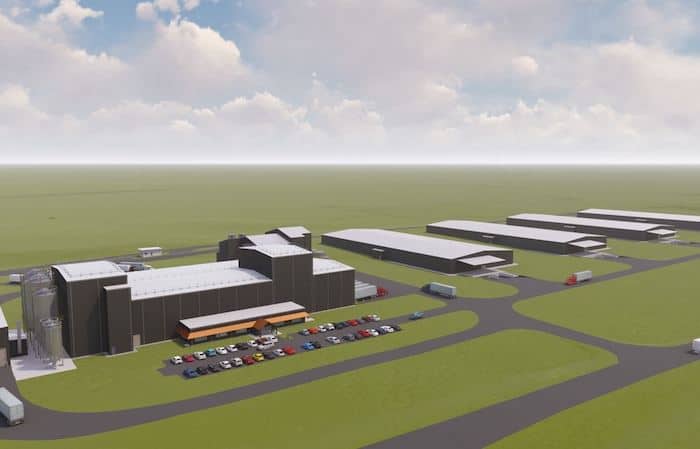 Once open, the Diageo Lebanon Distillery will employ approximately 30 full-time team members, and will have the capability to distill a variety of Diageo bourbon and American whiskey brands. It is a measured bet on Diageo’s part around this whiskey category, given that the U.S. bourbon category has experienced a resurgence in recent years and, over the next 10 years, the bourbon category is expected to continue growing, both within the U.S. and globally. In fiscal 2018, Diageo’s Bulleit bourbon continued its double-digit growth in the U.S., with organic net sales up 10 percent.