Mash bill and aging are given lots of credit for the final flavor of a whiskey, yet distillers will tell you yeast deserves at least as much credit for creating a favored brand’s ultimate flavor. And historically speaking, the vital role of managing yeast was a task left up to the master distiller.

“Distillery A would have their yeast, distillery B theirs, and the distiller had to have knowledge of how to protect and grow his yeast cultures to keep the identity of his whisky intact,” says Brown-Forman production manager and self-proclaimed “proud yeast geek” Conor O’Driscoll. “There are probably millions of strains of yeast in the world. Within Brown-Forman we’ve cultivated one for each whiskey.”

Far beyond the role of converting sugars into alcohol, yeast is important for flavor contribution to whiskey. Flavors produced by yeast are known as congeners, a group that includes a variety of compounds including esters: aromatic molecules that create scents of fruit and baked goods found in whiskeys. They’re why you can smell things like stone fruit or baking spices in your bourbon. 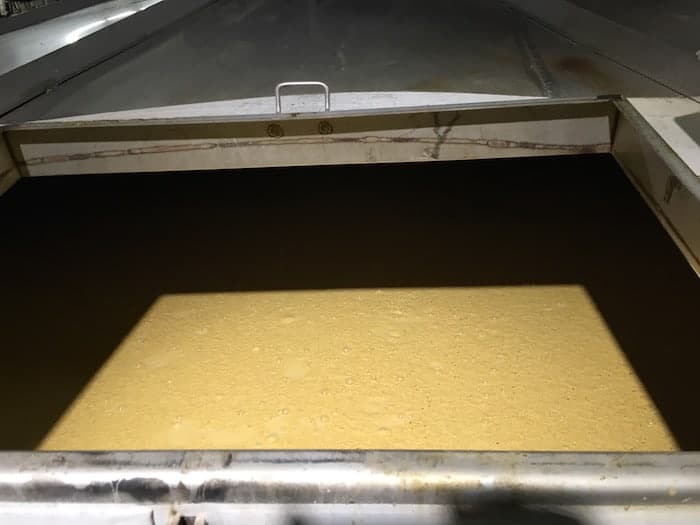 “We can analyze and look for these compounds,” says Four Roses master distiller Brent Elliott during the 2016 Let’s Talk Bourbon program held in September at the brand’s Lawrenceburg, Ky., distillery. “We use those five yeast strains historically for consistency.”

Four Roses is known for having 10 different recipes made from two mash bills and five yeast strains. Back when it was a part of Seagram’s, several of its plants were shut down and the Lawrenceburg plant became the keeper of those yeast strains.

Cultivating yeast properly can be tricky, and missteps can lead to mutations that change flavors in the finished product. The original yeast may yield floral aromas, while a mutated strain might yield unintended notes, such as banana. To ensure quality, the yeast lab at Brown-Forman periodically goes back to the pure culture, kept in a cryogenic freezer in the R&D lab, to replicate its yeast and ensure no mutations occur.

When it comes to keeping processes rolling in a distillery, yeast calls the shots. According to O’Driscoll, it must be replicated under precise conditions before being added to the mash for fermentation. That means using it without stressing it, such as introducing sharp changes in temperature or pH that can lead to poor conversion of sugars to alcohol or the death of the yeast.

“Happy yeast makes good whiskey; stressed yeast makes bad whiskey,” O’Driscoll says. “The more you treat yeast like the queen she is, the better the whiskey you get.”

Unfortunately, Brown-Forman’s yeast didn’t always receive the royal treatment, such as during Prohibition, when only a brief distilling holiday allowed for the replenishment of yeast supplies. Back then, the original yeast was not kept cultivated, and that pure strain was lost temporarily.

To recreate it after Prohibition, the distiller mixed buckets of mash and set them around the old distillery to coax out the residual yeasts from the building’s cracks and crevices. From there, it was easily duplicated.

“Yeast is really robust and can survive for a long time in not-ideal circumstances,” O’Driscoll says. “The ones that most closely resembled Old Forester, [the distiller] took that yeast and isolated it and grew it up. From that, Old Forester came roaring back from Prohibition.” (The Woodford Reserve strain, he added, was derived from that original Old Forester strain.)

Yeast archaeology is becoming a popular pursuit in the bourbon world. As once-shuttered distilleries begin to spring back to life in this era of bourbon’s rebirth, new distillers are looking for a way to give their products more of an authentic tie to the past, just as Brown-Forman did with Old Forester decades ago.

“If we found a sealed context from a fermentation vat and we could scrape that rust layer or cypress, that would be our best bet for finding yeast,” says bourbon archaeologist Nicholas Laracuente. Currently there are other archaeologists searching for ancient yeasts from beer and wine, but, “archaeologists are of the opinion that something different is happening in distilling from brewing.”

Whereas one archaeologist might be able to find an ancient wine yeast by cutting into an ancient ceramic wine container, finding leftover yeast in a sealed bottle of whiskey might not be fruitful. Laracuente still hopes to discover a part of the Jack Jouett distillery in Woodford County that is preserved underground where the historic farm distillery’s  yeast may still live. Having the historic yeast strain is just one more piece of the archaeological puzzle; it’s a window into a bygone era.

Since yeast is wild and found nearly everywhere, it can make its way to a mash tub with relative ease. That wild yeast can influence the flavor of a whiskey flavor negatively, so keeping it out is crucial to flavor duplication.

Cultivating a particular strain for generations shows distillers’ incredible commitment to not only the quality of their brands, but those whiskeys’ futures. Historically, many distillers even kept a portion of their distillery’s yeast in home refrigerators in case of a catastrophic loss of the main supply at the distillery.

“When you are making super-premium products, putting that level of care and passion in from the get-go, even after seven years in the barrel it shows,” O’Driscoll says.