The bourbon was aged for seven years and is bottled at cask strength, being both uncut and unfiltered. It was named after the vintage style of photography called tin type, and the bottle features an image of famous blues legend Captain Luke Mayer.

Cathead, which is Mississippi’s first and oldest legal distillery, said it’s proud to support Music Maker Relief Foundation and their mission to support the roots of American Music. The bourbon was developed by Cathead Co-Founders Richard Patrick and Austin Evans. 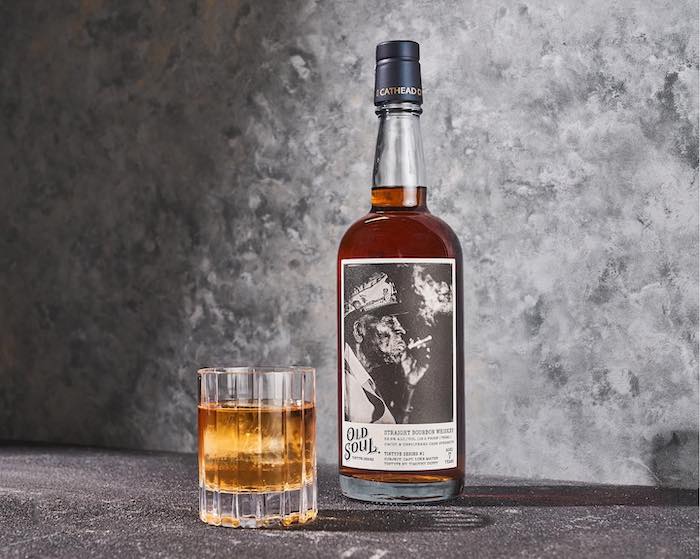 Tintype Old Soul Bourbon is distilled in Indiana with a high-rye mash bill of 75% Corn, 21% Rye, and 4% Malted Barley and aged on-site at the Jackson, Mississippi-based distillery. It was bottled at 119.2 proof.

“We’re super excited about not only this bottle, but all potential releases in the Tintype series,” said Patrick in a prepared statement. “It’s a culmination of our work within the community, live music, and distilling in one bottle. It’s something we’ve been wanting to do for years.”

This release features photography by Timothy Duffy, the founder of the Music Maker Relief Foundation and longtime Tintype photographer for traditional artists in the South. MMRF is a non-profit organization with a mission to help the true pioneers and unsung heroes of Southern music regain recognition and meet their day-to-day needs. They’re a long-time partner of Cathead and align with the distillery’s philanthropic efforts to support live music.

“Cathead really demonstrates its social consciousness by giving back to the blues musicians who keep the music alive, and they’ve done that since they began,” said Duffy. “And by supporting Music Maker, Cathead helps us tend the roots of American music, not only from their home state of Mississippi but across the South. Captain Luke was my best friend, and I know without a doubt that he would be pleased to have his photo on a bottle of bourbon of such high quality.”

It is being sold at a suggested retail price of $99.99 and is available to purchase at select liquor stores in Alabama, Arkansas, Florida, Georgia, Louisiana, Massachusetts, Michigan, Mississippi, North Carolina, Ohio, South Carolina, Tennessee, and Texas.