Cathead Distillery described the product as a precise blend of two whiskeys with an identical high-rye mash bill and aged for four and five years. It was developed by Cathead Co-Founders Richard Patrick and Austin Evans, who say this release boasts a more mature flavor profile compared to its predecessors.

It is bottled at 90 proof with a high-rye mash bill of 75% corn, 21% rye, and 4% malted barley. Just 88 barrels were produced of Cathead’s Old Soul. The product features a hand-selected precise blend of whiskeys distilled in the Mississippi and Indiana area. 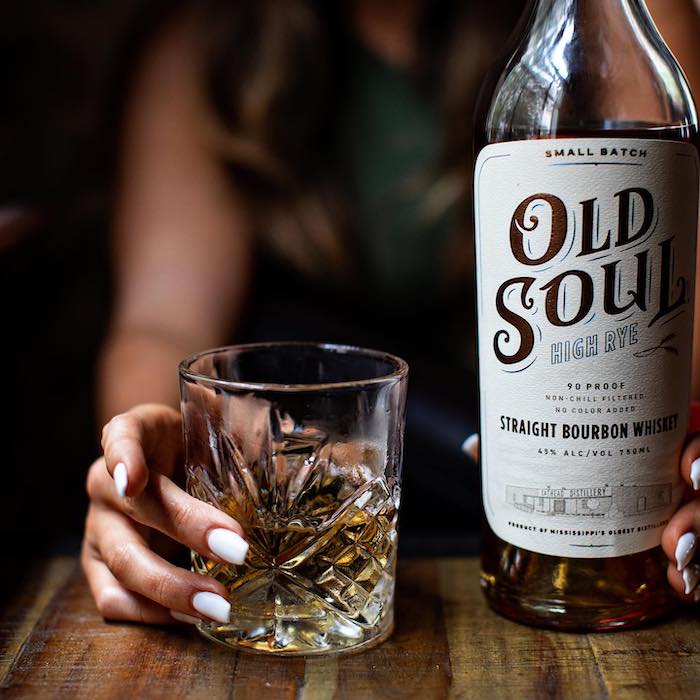 Aged onsite at the Jackson, MS-based distillery, the strong Southern heat and humidity are said to offer an ideal environment for maturation, allowing Old Soul to produce older flavor notes throughout its maturation.

“Adding rare and unique bourbons to our whiskey portfolio continues to be a major focus for us,” said Cathead Co-Founder Richard Patrick in a prepared statement. “With a nod to bourbon traditions of the past and future whiskeys to come, we’re thrilled to share this high-rye Old Soul rendition with Cathead loyalists and whiskey fans, alike.”

The 2021 Small Batch release, according to official tasting notes, features a balanced aroma of dried fruits, cocoa, and toffee. A gently entry of pure vanilla leads into undertones of nutty toffee and banana nut muffins mid-palate and finishes with notes of rye spice fresh leather on the nose.

At a suggested retail price of $44.95, this bottle is available for order with nationwide shipping and at select retailers in Alabama, Arkansas, Florida, Georgia, Louisiana, Massachusetts, Michigan, Mississippi, North Carolina, Ohio, South Carolina, Tennessee, and Texas.