Castle & Key is a revived Kentucky whiskey distillery story we’ve been tracking for some years now, first when it was the magical old run down facility known as Old Taylor Distillery. It went through a great deal of restoration, opening to the public in 2018, debuting its first in-house whiskey in 2020, and more recently joining its peers in the Kentucky Distillers’ Association.

Now, in what is easily the pinnacle of all this, Castle & Key is set to send to market its first in-house distilled, small batch bourbon whiskey.

The new Castle & Key Small Batch Bourbon Whiskey, according to those behind it, will initially be released in two batches and is made up of a mash bill of 73% corn, 10% rye and 17% malted barley. Batch #1 will be available starting on March 26th at Castle & Key Distillery for $50.00 and will be followed by the release of Batch #2, which will be available in early May. 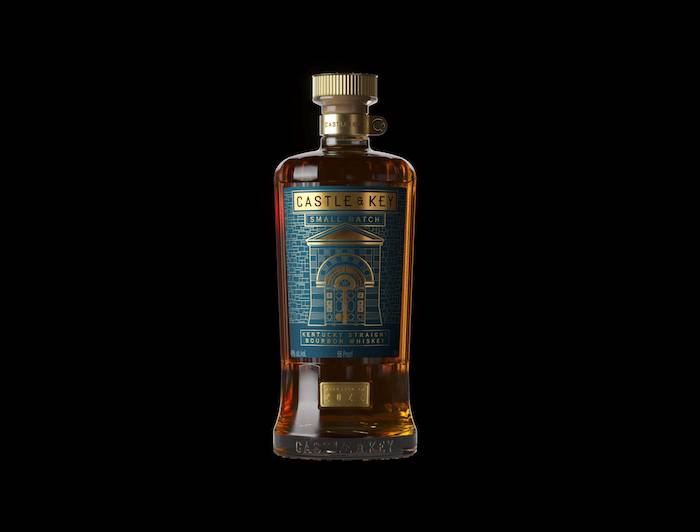 “We’re thrilled to announce the release of Castle & Key’s first bourbon,” said Will Arvin, Co-Founder and Owner of Castle & Key Distillery, in a prepared statement. “We believe this debut stays true to our commitment of reimagining Kentucky spirits by identifying the best barrels for production each year based on quality, not consistency of flavor.”

“From grain to glass, our team is thorough and thoughtful while producing our spirits, and the bourbon is no different,” added Castle & Key’s Research and Development Manager, Jon Brown. “With a smooth and memorable profile, and in the making for over four years, our Small Batch Bourbon Whiskey batches are each blended to flavor with a sweet mash process of carefully selected grains.”

The distillery team noted each batch enters the barrels at 107 proof, then is column distilled to 125 proof and followed by continuous pot still distillation to 135 proof. More specifics on each, including official tasting notes, are found below.