Buzzard’s Roost Whiskey recently launched its first bourbon, adding to its collection of luxury whiskeys with a launch event at its new home in Bardstown Bourbon Company.

“We are very proud of our first Bourbon and thrilled to launch it at our new home, Bardstown Bourbon Company, said Buzzard’s Roost Co-founder and CEO Judy Hollis Jones in a prepared statement. “We started Buzzard’s Roost with a focus on creating exceptional whiskies using pioneering techniques and our team has used a great deal of finesse to create a Bourbon that is like no other.” 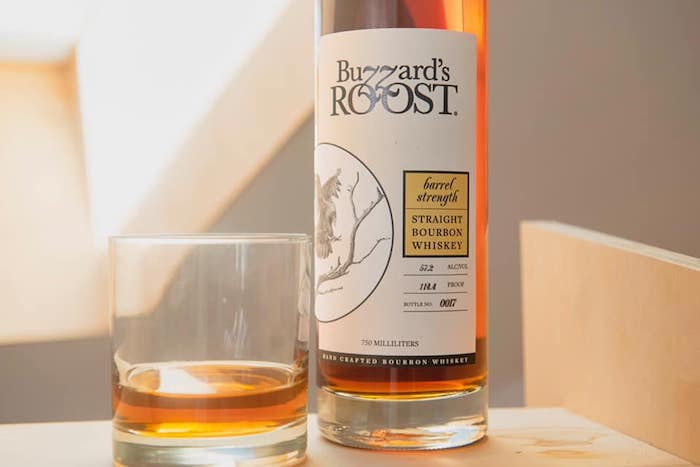 Buzzard’s Roost Bourbon is a four-year-old barrel-strength (114.4 proof) blend of two rye-based mash bills distilled in Indiana. It is described by the brand as having aromas of caramel, dark chocolate and baking spices with a hint of oak, backed with orange peel, dark fruit and aging tobacco. On the palate, there is sweetness with vanilla and coconut at the mid-palate with maraschino cherries and citrus. The finish is a balance of structure and heat at a suggested retail price of $84.99.

Buzzard’s Roost selects is whiskies and re-barrels them using very specific seasoning, toasting and charring methods. With its move to Bardstown Bourbon Company, all Buzzard’s Roost ryes and Bourbon will now be barrel-aged and bottled there.

“Bardstown is the pinnacle of facilities for whiskey makers,” says Buzzard’s Roost Co-founder and Master Blender Jason Brauner. “Their team is the most knowledgeable in the business, their rickhouses offer optimal aging conditions and their state-of-the-art bottling line is exactly what we need as Buzzard’s Roost grows to meet demand.”