Similar in style and innovation to their award-winning Toasted Barrel Rye, Co-founder and Master Blender Jason Brauner selected a five-year-old double-barreled Indiana bourbon for finishing in a toasted barrel.

But there’s a twist … instead of traditional American oak, Buzzard’s Roost used 24-month seasoned oak from the Limousin region of France, known for what’s said to be its ability to impart intense color, sweetness and complexity to whiskey. 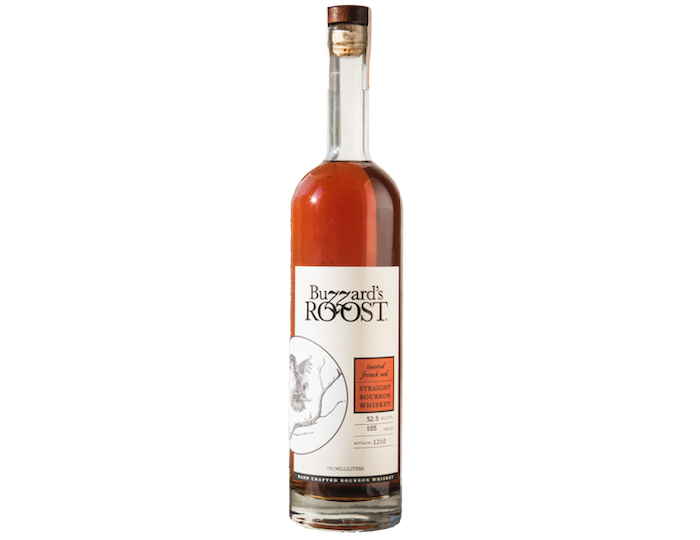 Brauner explained in a prepared statement that the extra-fine grain structure of French oak allows the whiskey to penetrate the staves in a shorter amount of time, bringing about a whiskey that delivers flavor with balance.

“We’ve been excited about this expression since we first had the idea of creating a Toasted French Oak Bourbon,” said Buzzard’s Roost Co-founder and CEO Judy Hollis Jones. “Our team pulled out all the stops to craft a double-barreled expression that stands out for its complexity and intense flavors.”

The distiller’s notes show this 105-proof bourbon offers aromas of toasted oak, of course, as well as caramel and crème brulée. The palate is sweet with subtle hints of spice and oak, and the finish lingers with a boost in tannin provided by the French oak.

In all, Buzzard’s Roost produced five barrels of the product. Each bottle comes with a suggested retail price of $85.

Buzzard’s Roost is woman-owned and led, and its line of whiskeys are currently distributed throughout Kentucky, Massachusetts, Ohio and New Mexico with more states coming soon.