The initial bottles of the 50% ABV bottled in bond straight Kentucky bourbon whiskey will be autographed by Stapleton and auctioned off through Charitybuzz, with proceeds going to disaster relief in Texas and Eastern Kentucky. 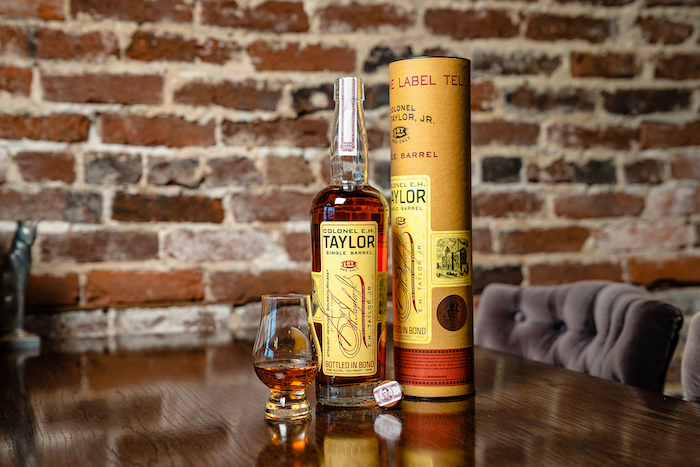 “We’ve very excited to partner with Chris Stapleton and Outlaw State of Kind,” said Joshua Steely, E.H. Taylor, Jr. brand director, in a prepared statement. “We knew Chris was a big fan of E. H. Taylor, Jr., so we thought this was a perfect way to commemorate Bottled in Bond Day, by partnering with his charitable fund so fans of both his music and our bourbon can help out needy causes across the country through the various events and auctions that will be held throughout the year.”

The namesake of this special release, Col. Edmund Haynes Taylor, Jr., is considered by many to be the father of the modern bourbon industry. The Civil War vet opened his first distillery in 1867 and introduced the use of steam heating systems and implemented better sour mash techniques during his years as a distiller. But his greatest legacy was his lobbying on behalf of the Bottled-In-Bond Act of 1897, which set regulations to guarantee the authenticity of bottled whiskey.

The whiskey being used for this commemorative E.H. Taylor, Jr. Single Barrel was placed in the barrel in January of 2012 and was bottled in bond at 100 proof this past February. Each bottle is also packaged with vintage designs and labels explaining its significance.

This commemorative release will not be available from retailers, but only through Stapleton’s charity. After the first bottles are auctioned off through Charitybuzz, remaining bottles will be used for other fundraisers throughout 2021, with updates on subsequent ones being posted to Outlaw State of Kind.