Kentucky’s Buffalo Trace distillery, in its quest to produce ever more interesting bourbon, announced today some experimental results from the first round of barrels which have been resting for a year inside its Warehouse X. This facility is used by the brand to test out different outside of the box bourbon ideas. Along with this news is the latest word on a small batch, farm to table bourbon being developed from on-site crops.

With regards to the Warehouse X news, the distillery said it has been measuring the natural effects of sunlight on aging bourbon barrels that were first put into the experimental warehouse in June of last year. So-called “distillery experts” are

Just within the last year, the distillery has recorded 40,000 different data points and registered temperatures ranging from 105 degrees down to -10 degrees.

Recent samplings have been enlightening and have assured tasters that this large scale experiment is right on track for yielding valuable knowledge and expertise with future results.

“We’re only one year into this experiment and we already have lots of information to analyze,” Master Distiller Harlen Wheatley said in a statement. “Findings to date have assured us that we’re on the right path to some enlightening discoveries.” 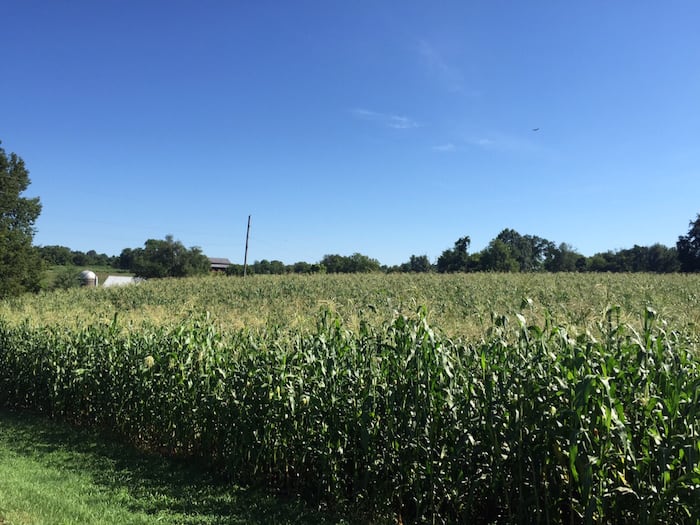 Meanwhile, word from the farm-like portion of the Buffalo Trace distillery campus is that the first experimental “farm to table” corn crop “is growing quite nicely.” Plans for this call for a future estate bourbon which will likely be released at some point in the distant future with its own brand identity.

237
Shares
393
Views
Share on FacebookShare on TwitterGet Our Newsletter
Read More Whiskey News
Whiskey Reviews: Treaty Oak Distilling
Cheers to the Dads! Personalize a bottle of his favorite whiskey to create a modern gift for the modern man. Use code: FATHERSDAY20 for $20 off your next order of $100 or more at ReserveBar