The Buffalo Trace distillery, in seeking new ways to innovate its existing operations, had put out a big update back in March on its expansion plans on a huge plot of land adjacent to its own it had acquired. One of the planned uses of the new land was for it to play host to corns and other grains so eventually a “farm to table” bourbon could be crafted. Now another update, this time from Buffalo Trace CEO Mark Brown, sheds more light on what exactly is going on with the planted crops.

Brown said in industry update this week the distillery is taking 18 acres of the larger 282 acquired to plant non-GMO corn, which it started seeding last month, as well as rye and barley as part of a so-called “Single Estate” experience. The planted corn is said to be “from the same strain used at the distillery by Colonel E. H. Taylor, Jr. in 1870.” 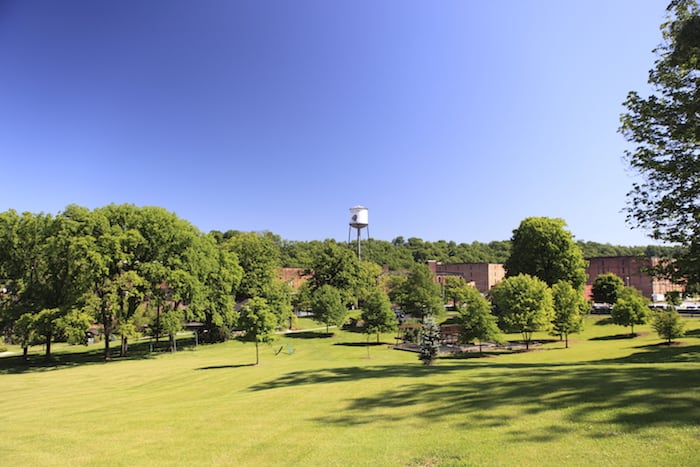 “It’s exciting to now have the first round of seed in the ground,” Master Distiller Harlen Wheatley said in a statement. “We’re thrilled to get this project rolling and begin the farm-to-table process.”

The first crops produced on the farm look like they will be harvested this fall, and as for the bourbon they will go into, that as yet unnamed product will be a separate, stand alone offering with its own brand identity.

In related news from the same update around other uses with the acquired land, Brown noted Buffalo Trace plans to begin building “a total of 50 warehouses on property starting in 2017 and continuing over the next 10 years.” Additionally, a brick house already existing in the area looks like it may be converted into a guest house.