The distillery closed its doors to public visitation early March and took it as an opportunity to drive forward with a massive expansion of its Visitor Center and enhancement of safety and sanitation protocols. When it reopened on July 1st, it offered a safe haven bourbon experience for guests, and debuted its expanded Visitor Center, which tripled in size, allowing for easier social distancing. To further the safety of its guests, Buffalo Trace kept its complimentary tours, but began limiting tour group sizes by accepting visitors by registration only and implementing increased sanitation, mask-wearing and social distancing. 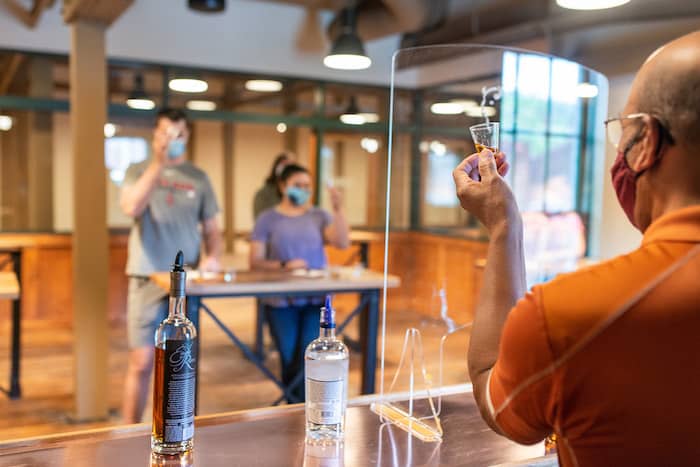 Since its reopening, the distillery welcomed 145,365 visitors throughout 2020 and grew visitation year-over-year in December. As a result of the COVID-19 pandemic, this is the first year the distillery has not set a new record for in-person visitation since 2010, but it saw an increase in virtual tourism numbers. In May, Buffalo Trace began hosting live stream segments on social media each week, called Whiskey Wednesday. From May 13 through December, these episodes were viewed by more than 3.6 million people around the world.

“With the many challenges 2020 brought to all of us, we are thankful to have seen such robust visitation, and even year-over-year growth around the holidays,” Homeplace Development Director Meredith Moody said in a prepared statement. “We are encouraged by the visitation we have experienced since reopening and look forward to welcoming more visitors to the distillery in 2021.”

The distillery has remained operational as an essential business, having undertaken hand sanitizer production at the onset of the pandemic. It has now created about 1.1 million gallons on an industrial scale for some of the world’s largest organizations in healthcare, government, military, retail, distribution, airline, pharmacy and banking industries.

Those who would like to visit the distillery can register for the Trace Tour, Old Taylor Tour, Bourbon Barrel Tour and Expansion Tour here. Each tour includes a socially distanced tasting. For those not quite ready to visit, the distillery is continuing its Whiskey Wednesday episodes throughout 2021 where it will feature a variety of topics including more bourbon tastings, behind-the-scenes tours, trivia, history and special guests.