Kentucky bourbon distillery heavyweight Buffalo Trace, since 2014/2015, has been making use of some of the acreage from its large campus to grow its own corn. The expressed purpose of this is to eventually release its own estate bourbon. Different types of corn have been harvested over the years, and a good amount of liquid for this project is already in barrel. Joining it soon will be the distillate from the 2020 harvest.

For 2020, distillery officials recently said in an update, they had just harvested Buffalo Trace’s “latest crop of heirloom corn from its farm property adjacent to the Distillery, dubbed ‘Whiskey Farm.’ This summer the Distillery grew 18 acres of one of the oldest varieties, dating back to 1,000 B.C., called Indian Corn. 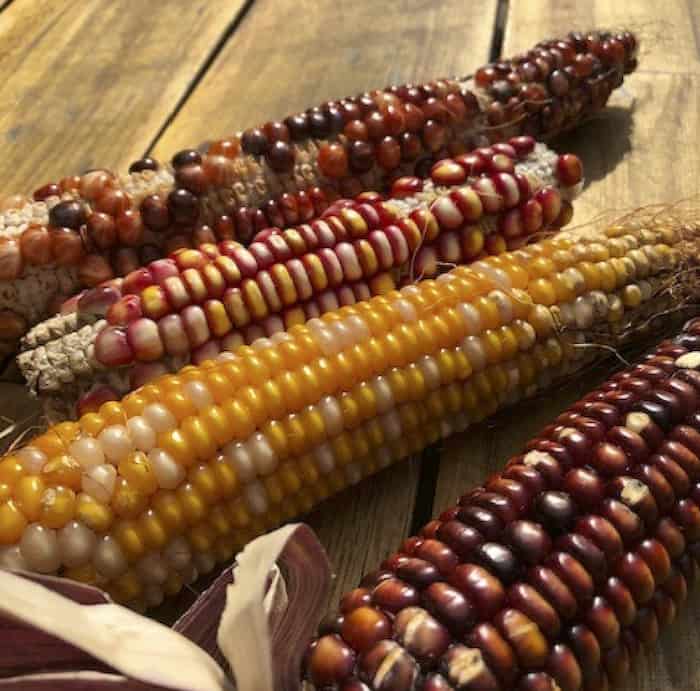 “Commonly referred to by its nickname ‘Flint Corn,’ due to its notoriety of being ‘hard as flint,’ this type of corn can be consumed by livestock and is often ground to make hominy and polenta. This strain of corn is also often used as a centerpiece on Thanksgiving tables as it is commonly viewed as the symbol of fall and the American harvest.

“At harvest, the kernel colors were quite diverse as expected, and rich in traditional fall colors, including white, red, yellow, brown and blue.

“However, the overall yield did not result as hoped and is expected to produce just a few barrels of bourbon. Once harvested, the corn was placed in the Distillery’s grain silo on the farm and will eventually be cooked, distilled and barreled.

“This was the sixth crop of heirloom corn Buffalo Trace has grown and harvested from ‘Whiskey Farm.’ Each year the Distillery grows a different variety of non-GMO corn which is then harvested and distilled to one day become bourbon. Over the last five summers, Buffalo Trace has grown Boone County White corn, Japonica Striped corn, CF790 Conventional corn, Neon Pink Popcorn and Royal Blue and Hickory Cane White corn.

“Each crop harvested on the Distillery’s farm is being distilled and aged on site to one day become expressions of ‘Single Estate’ bourbons. Name, age or price of this future bourbon is to be determined.”