Sazerac, amongst the various liquor brands it owns, has one The Last Drop Distillers. Formerly an independent entity, it was acquired by the spirits giant back in 2016. The focus of this label has been bringing rare spirits to a high end luxury market, typically sourcing one off barrels containing old whiskey. For one of its latest offerings it has unveiled a Buffalo Trace bourbon that was distilling back in 1980.

The new Last Drop 1980 Buffalo Trace Bourbon Whiskey, according to those behind it, is part of the new Autumn Collection, which also consists of a 43 year old Jamaican Rum and a vintage Cognac from 1959. With regards to the whiskey it was “distilled in 1980, at what was then George T. Stagg Distillery, now known as Buffalo Trace Distillery.  In 1992 Sazerac Company purchased the Distillery in Frankfort, Ky. 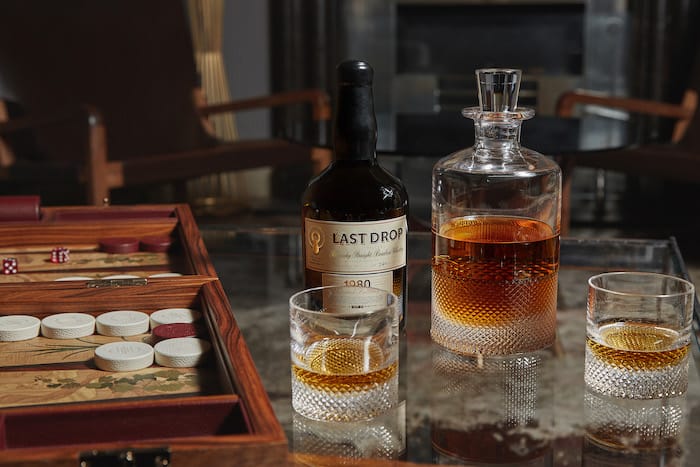 It is said that, “quietly hiding away in one of Buffalo Trace’s warehouses, a few barrels rested until a complete inventory was taken in 1998, at which point the barrels were 18 years old. For two years, the barrels remained in place, until at twenty years old they were vatted into stainless steel, which is a very common process distillers use to halt the aging effects of the barrel on the whiskey.

“However, as Sazerac knows from its experience with prolonging its Sazerac 18 Year Old Rye Whiskey, the taste and characteristics will change over time. After another 20 years in stainless, Sazerac and The Last Drop believe the forty years total maturation has produced one of the finest bourbons ever made.”

Plans call for this bourbon, which is release number 19 from The Last Drop and also its second bourbon release, to price around $4,600 per 750 ml bottle. Only 240 bottles are being made available, each bottled at 90 proof. Availability begins in November and, as with all Last Drop releases, “each bottle comes packaged with a signature 50 ml miniature and pocket-sized tasting book with additional pages for personal tasting notes.”

Limited official tasting notes suggest the whiskey is “the definition of flamboyant, with an orchestra of flavors, each flavor harmoniously mingled. It transforms miraculously from a dark chocolate, almond, leather, caramel and oak to a gentle warming spiciness, concluding with a virtual symphony on your palate.”

166
Shares
24.4k
Views
Share on FacebookShare on TwitterGet Our Newsletter
Get The Glenlivet 18 Year Old at ReserveBar. Shop now!