This straight bourbon is described by the brands as being “smooth tasting and behaves with the same maturity and poise of a veteran aged spirit, but still has the kick and flavor of an outlaw whiskey.”

“Over the years we have consumed thousands of gallons of whiskey in every dive bar, saloon, and biker festival all across America, but it wasn’t until we taste tested California Cowboy’s whiskeys that we felt there was a bourbon worthy of the MSB brand,” said Big Tex from Moonshine Bandits in a prepared statement. 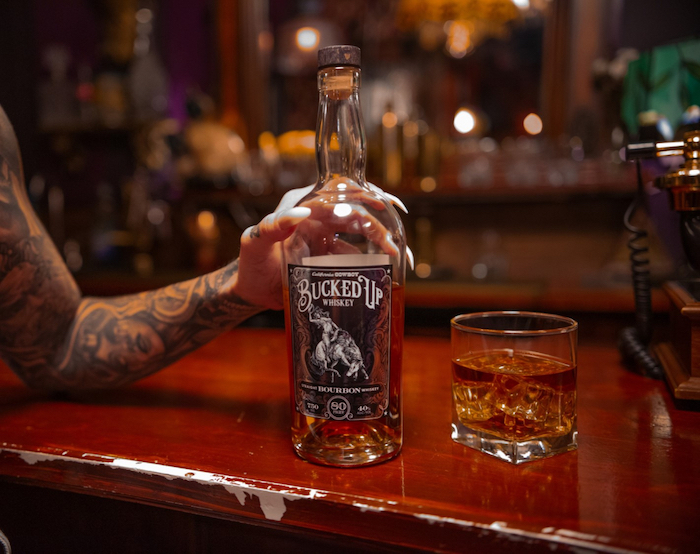 Bucked Up Bourbon is noted as having a higher corn content then the flagship Cowboy product. With a mash bill of of 83% corn, 14% rye, 3% barley, it is distilled in Indiana and bottled at 80 proof/40% ABV. It prices for around $29.

California Cowboy Whiskey, for those unfamiliar with it, is normally aged for a minimum of two years in newly charred American oak barrels with no added flavors or coloring. It is a sourced brand which, in part, supports the Wild Horse Sanctuary in Shingletown, California, which has been rescuing unwanted wild horses since 1978.

Moonshine Bandits are a national touring band with more than 200,000,000 YouTube views and Billboard charting country albums that have debuted at the top of iTunes and Amazon charts.