Brown-Forman, owner of a range of popular American whiskey labels such as Jack Daniel’s and Woodford Reserve, is also rather unique in the fact they are also one of the only ones to have their own cooperage for making barrels. Founded in 1945 and located in Louisville, Kentucky, it is said to make about 600,000 white oak barrels a year. Given such a busy operation, it makes sense there would be satellite facilities opening up to ease stress across the production line as a whole. One such planned location looks to be springing up in Indiana, courtesy of a planned $12 million investment by the company.

Plans by Brown-Forman call for the acquisition and renovation of an existing 15,000 square foot mill in the town of Spencer. The new facility, according to the Indiana Economic Development Corporation, will be used to convert logs into bourbon barrel stave and heading pieces, which will be assembled into barrels at another location. 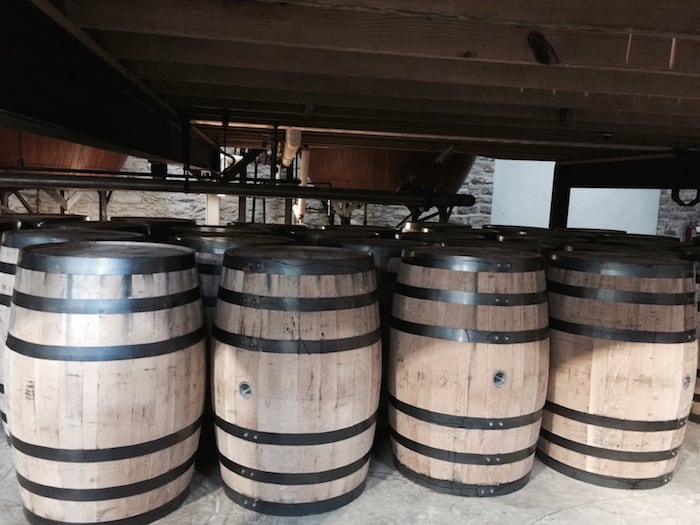 One of the many Brown-Forman barrels waiting to be filled at Woodford Reserve. (image copyright The Whiskey Wash)

Once fully operational by 2017, up to 50 new jobs reportedly will be created. The company, the Indianapolis Star mentioned, was offered upwards of $350,000 in state tax credits for its planned expansion.

“As the Brown-Forman whiskey portfolio expands, we continue to look for new outlets for increased capacity,” said Greg Roshkowski, vice president and general manager of Brown-Forman Cooperages, in a statement. “We’re excited to develop operations in a new region as this new mill in Indiana will provide the materials we need to continue to grow the Brown-Forman brand.”

The multi-million dollar project Brown-Forman is doing in Indiana is just the latest in a ton of money they are spending on whiskey related build outs. Other recent examples of this include $45 million for a new Old Forester distillery in downtown Louisville, as well as $50 million for a new Irish whiskey operation on the historic Slane Castle Estate.