Ascendent Spirits out of California is known to drinkers for its sourced Breaker Bourbon, reportedly blended one small batch at a time from eight “hand chosen barrels that have been aged for at least five years.” They are now looking to expand beyond this core offering, recently unveiling port-cask finished and high wheat variants.

The new Breaker Wheated Bourbon, according to Ascendant, replaces the rye found in the standard bourbon’s mashbill with a wheat grain instead. The result is a whiskey that’s “slightly softer on the palate.” It is pricing for at least $55 a bottle at online liquor retailers. 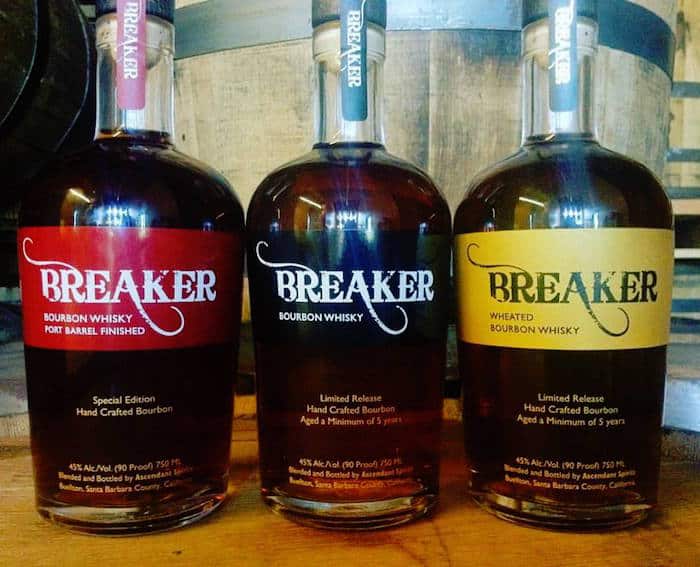 The more interesting new offering, meanwhile, is the Breaker Bourbon Port Finish. It is said to be inspired “by the talented artisans making some of the world’s best wines in the Santa Ynez Valley and Santa Rita Hills,” which is close to where the distillery does business. For this release, Ascendent has taken is baseline bourbon and finished it in beautifully seasoned port barrels that were acquired from a local winemaker for a secondary aging.

This bourbon, like others in the Breaker line, is blended from just eight barrels, resulting in something of a limited release. Official, limited tasting notes from the distillery for it are below, and should you seek out a bottle of this expect to pay at least $60 a bottle through online liquor retailers.

When poured, the bourbon opens up with typical aromas: Vanilla, cereal grains, oak, and spice. It starts with a rich, stewed fruit and vanilla sweetness and leads to a dry finish. Citrus and spice linger on the palate with baked apple notes hidden beneath.

284
Shares
683
Views
Share on FacebookShare on TwitterGet Our Newsletter
Read More Whiskey News
Column: Despite The Coronavirus, 2020 Gave Us A Lot To Like About Whiskey
Cheers to the Dads! Personalize a bottle of his favorite whiskey to create a modern gift for the modern man. Use code: FATHERSDAY20 for $20 off your next order of $100 or more at ReserveBar