Louisville has some seriously great bartenders, some of whom become entrepreneurs. Russ Meredith is one such enterprising businessman, having created Beer Syrup that can be used in place of simple syrup in many different bourbon cocktails. 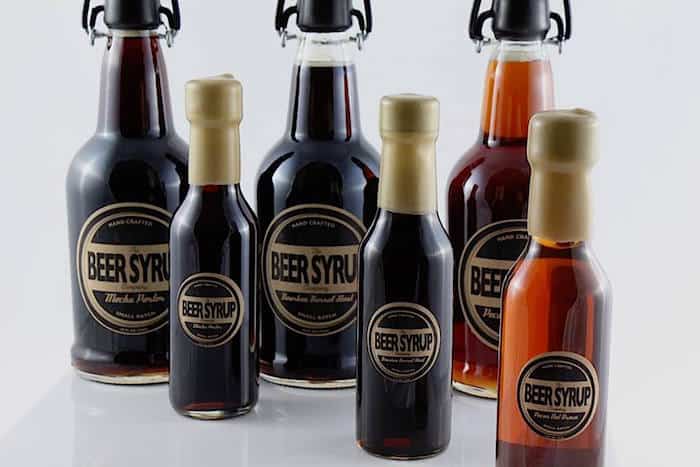 The Whiskey Wash recently caught up with Meredith to learn more.

1.What exactly is Beer Syrup? How do people use it?

Beer Syrup is a non-alcoholic simple syrup made from craft beer and sugar.  We reduce beer and bring the alcohol to less than 1% ABV before adding sugar to create a delicious, beer flavored syrup called “Beer Syrup.”

Our syrups were originally designed to be mixed with spirits for cocktails, but we quickly realized the number of applications that could be made throughout the food and beverage industry.  One of the easiest ways to use Beer Syrup is a topping for waffles and ice cream or as a sweetener for coffee and tea drinks.  Some of our favorite recipes though have come from baked goods and also glazing different meats, fish and vegetables.

2.How did you come up with the idea for Beer Syrup?

A few years ago I was in the process of developing my own line of simple syrups and I switched my focus to using beer after some more research.  I had seen Beer Syrups used in cocktails but I had never seen one commercially produced and sold in stores.  That’s when I decided to experiment with different craft beers and begin the process of creating a non-alcoholic version of Beer Syrup.

3.You’re a bartender also. What is your favorite bourbon or whiskey cocktail to make with your Beer Syrup?

One of the easiest cocktails to implement our syrup into is the Old Fashioned.  With the variety of our Beer Syrups and flavored bitters available today, you can be really creative with this cocktail.  My favorite cocktail right now though is a variation of the Mule that uses our brand new Semi-Dry Cider Beer Syrup, Rye Whiskey and Ginger Beer.  I call it “The Apple of My Rye” and it’s a refreshing cocktail that can easily be made at home or even served out of a punch bowl for guests at a party.

The Apple of My Rye

Add all ingredients to a copper mug over fresh ice.  Stir and garnish with an apple slice.

4.Where can folks get Beer Syrup?

Beer Syrup is currently sold (in Louisville) at Valu Market in the Highlands, Taste of Kentucky, Fond Grocery, 5-0-Lou Gift, Old Town Liquors, The Wine Market, and Food Craft Louisville.  You can also find us at events around Louisville like the Douglass Loop Farmers’ Market and the Flea Off Market.  Outside of Louisville, Beer Syrup is sold in Lexington at Wine and Market along with our regularly scheduled monthly market, Market 301 at Manchester Music Hall.