Is Booker’s Bourbon Set To Go Up, Up, Up In Price?

It started as a rumor. Beam was going to double the price of Booker’s Bourbon as of the first of the year and start allocating it.

It seemed too crazy to be true. Sure, producers hike prices all the time, especially these days, but doubling it? With the increase the retail price will be about $100 per 750 ml bottle. Today, although the suggested retail is about $50, it is commonly found on deal in the low 40s. Such a huge price hike for any brand is a huge risk. It felt like brand suicide. It couldn’t possibly be true.

Here are the facts, from an official Beam Suntory spokesperson. Suggested retail will be $99.95 and the wholesale price is rising accordingly. At the same time, they will cut back from six or seven batches per year to four, with the batch size staying the same (about 350 barrels). Essentially, that means the number of bottles available will shrink by about one-third. They expect this will cause demand to exceed supply immediately, so they will began allocating the available bottles so every part of the country gets its fair share. 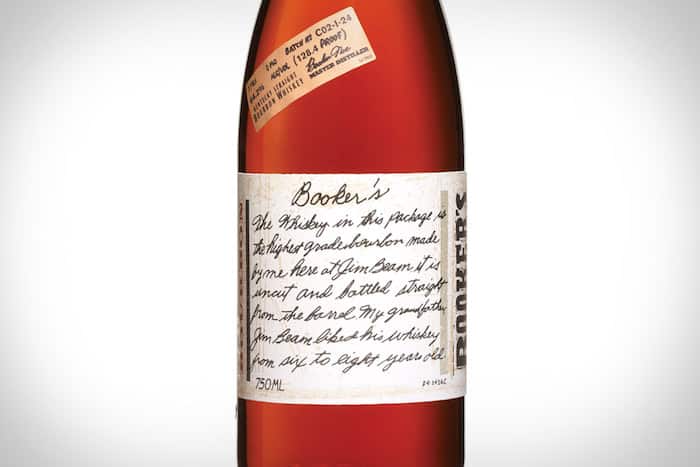 They have their own way of explaining why this is happening but it boils down to this. They are doing it because they can. The brand is strong. Other super-premium whiskeys are selling in that price range, so why shouldn’t they enjoy some of the available profit? This keeps Booker’s as the top of their line (except perhaps for their very limited ‘craft’ offerings), rather than creating something new in that high-price segment.

Seen in that context it doesn’t seem so crazy after all. Perhaps the fact that Booker’s Rye sold out quickly at $300 a bottle gave them the idea.

If you like Booker’s and don’t want to pay the higher price, or have trouble finding it, Jim Beam Black at about $22 is a good substitute. The biggest difference is the proof, 45% ABV for Jim Black versus more than 60% for Booker’s. For about $40 a bottle you can get Knob Creek Single Barrel, which is nearly the same ABV as Booker’s. On paper they are virtually identical, but no two products are ever exactly the same due to flavor profiles. Still, $40 versus $100 is worth considering.

This may have been part of the equation. Knob has been creeping up into Booker’s price segment. In fact, all four of Beam Suntory’s ‘small batch’ bourbons are bunched up at about the same price. It makes sense to put some distance between them. (The other two are Baker’s and Basil Hayden’s.)

No doubt there will be much weeping and gnashing of teeth about this, with accusations of greed and probably some xenophobia aimed at the parent company. If you swing that way, knock yourself out.

Realistically, no one in the whiskey business is organized as a not-for-profit. Beam has a huge American whiskey portfolio, with something for everyone. The whole industry right now has more demand than supply and the aging cycle means there is a several year lag between production increases at the distillery and supply increases on the street. The smart business play is to increase profits and tamp down demand a little bit with price increases, hopefully without hurting overall demand growth and customer loyalty.

Editor’s Note – This column is republished from his site with the permission of Chuck Cowdery.