This newest offering of the Booker’s Bourbon 2021 Collection celebrates the way 6th generation master distiller Booker Noe learned the ropes at the distillery — by “tagging along” with his grandfather Jim Beam, the distillery noted of it. Watching his grandfather and other workers, Booker said he developed a curiosity and passion for whiskey.

This second edition is 127.9 proof and was aged for 6 years and 5 months. The “Tagalong Batch,” according to official brand tasting notes, has a deep rich color and its aromas contain caramel and vanilla, balanced with a “sweet brown” wood sugar notes from the charred white oak barrels. The resulting flavor is bold and has a surprisingly clean finish. 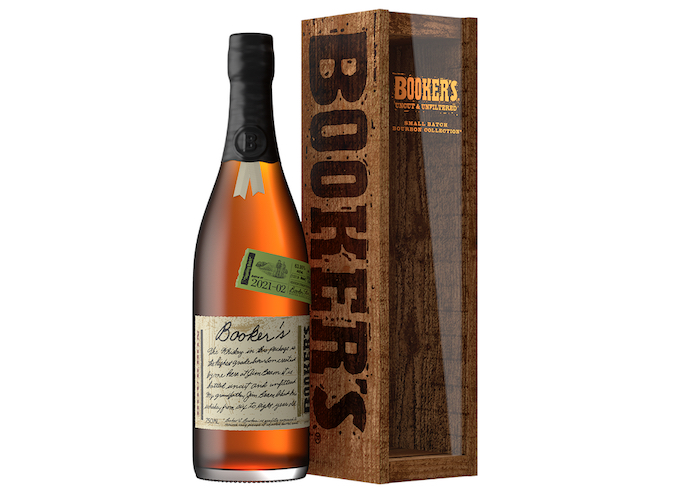 It was selected by seventh generation master distiller Fred Noe and is uncut and unfiltered, being bottled at its natural proof. This is said to give it an intense flavor and nose that is one of a kind, inspired by 200-year-old family tradition.

Booker Noe is Jim Beam’s grandson and a sixth generation master distiller. He created Booker’s Bourbon as a Christmas gift for his close friends and family with barrels found in the center-cut of the rack house. He barreled it straight from the barrel.

The Booker’s “Tagalong Batch” is available nationwide beginning this month in limited quantities with a suggested retail price of $89.99 for a 750ml bottle. It joins 2021-1 “Donohoe’s Batch,” which was released earlier this year with a 125.3 proof. As is customary with all Booker’s Bourbon expressions, it is suggested one drink it either neat, over ice or with a few drops of water.