The continued development of Booker’s Bourbon sometimes leaves one wondering if this premium bourbon brand from Beam-Suntory will ever run out of ideas on Kentucky related themes it should be tied to. That is apparently not the case at this moment, however, as word recently has come down of the new Booker’s Bourbon 2019-03 “Country Ham” release.

The new Booker’s Bourbon 2019-03 “Country Ham” release, according to those behind it, pays homage to former Beam master distiller Booker Noe and his love for “for the art of curing – and tasting – country hams, a family tradition and pastime.” It is said Booker’s grandfather Jim Beam would “age ham inside his own backyard smokehouse, which still stands today. Once Booker moved into the house years later, he decided to keep the tradition alive.

“He would hang 50 country hams from the smokehouse at a time, smoke them for a few days, wrap them up in newspaper and let the curing magic carry on for twelve to eighteen months. Booker was so passionate about his ham that he was known to keep one in the trunk of his car. Once, he even brought it into a fine dining restaurant to show the chef what real Kentucky country ham should taste like.” 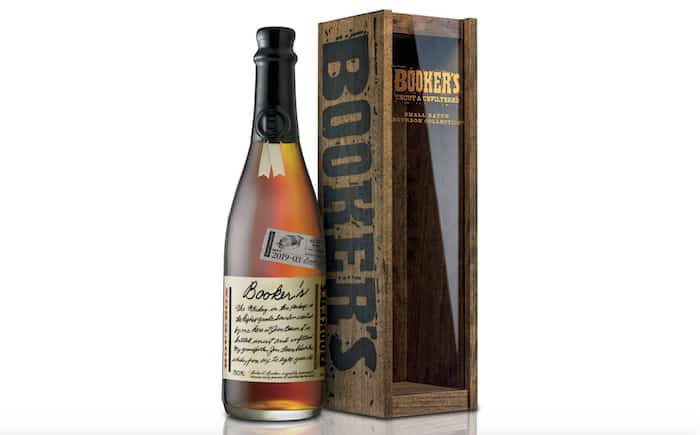 As it stands now there are nationwide distribution plans in place, with it being available in 750 ml bottles for a price point of around $80. It is bottled at a hearty 124.7 proof, having been aged for 6 years, 4 months, and 2 days. Official taste profile wise, information from Beam-Suntory indicates “a sweet aroma with a subtle hint of vanilla mingled with brown sugar notes. The flavor is sweet at first with a long, smooth finish that warms your palate.”

This whiskey “is best enjoyed neat, over ice or with a few drops of water.” It does, sadly, not come with any country ham.