The barrels that made up this limited, small-batch Bourbon were approved by Jim Rutledge, Blue Run’s “Liquid Advisor” and one time master distiller at Four Roses. The distillery says the batch has a smooth, mellow flavor and a long, sweet and dry finish with little to no burn. On the nose there are notes of baking spices followed by Anaheim pepper. The first taste is buttery, french toast cooked in a pan that “recently fried breakfast sausage” with hints of white pepper, slightly tart Rainier cherries and a pop of caramel. 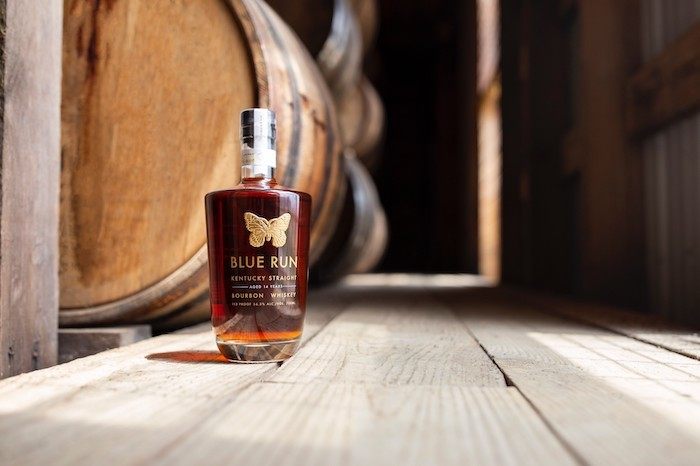 Blue Run, as previously mentioned, is set to unveil its first Rye in early September and a high-rye bourbon in October. Blue Run will also be distilling and laying down new fill at Bardstown Bourbon Company this year, with Rutledge serving as the distiller for these specific products as he did for last year’s distillation at Castle & Key Distillery.

The brand, for those unfamiliar with it, waslaunched last year by a group of friends and Bourbon lovers – a Nike designer (McKinney), Facebook’s first director-level employee, a hospitality executive, a political advisor and a philanthropist. They seek, in their own words,  “to evolve the Bourbon industry, creating fine products for the modern whiskey fan.”