The whiskey was aged and bottled in the historic distillery and will be available in 19 markets and on-site at the distillery’s Garden & Gun Club in Louisville, Kentucky.

“Blade and Bow 22-Year-Old pays homage to the artful passion and celebrated craftsmanship of the famed Stitzel-Weller Distillery,” said Doug Kragel, Lead Educator for Blade and Bow, in a prepared statement. “With the perfect blend of smoky, spicy and sweet, whiskey enthusiasts seeking an expression of true mastery are sure to be delighted with the rich history that is palpable in every sip.” 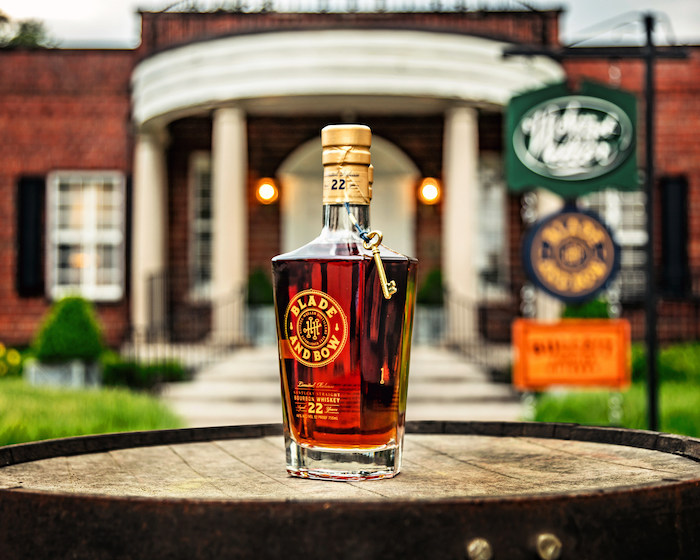 The Blade and Bow 22-year-old is released annually in September, just in time for Bourbon Heritage Month. Due to what the brand says is the finite amount of liquid available to consumers, the anticipated demand for 22-Year-Old is extremely high. As a result, there is not a guaranteed timeframe of how long this novelty bourbon will be accessible.

The distillery is also celebrating the recent opening of its new Garden & Gun Club — a destination cocktail bar inspired by Garden & Gun magazine’s hospitality franchise. Visitors can try a unique food and drink menu and a special 22-year-old bourbon tasting experience. The exclusive tasting includes one ounce of Blade and Bow 22-Year-Old in a handcrafted Terrane Glass, alongside a signature wool tartan bag, Blade and Bow enamel pin, and tasting notes guide.