Spirits Network is a community of what’s described as engaging spirits experts and enthusiasts that create shoppable video programming. The new joint show is hosted by Samara Davis, founder of Black Bourbon Society and Wine Enthusiast “40 Under 40” Tastemaker, and her husband and Partner of BBS, Armond Davis, and was filmed at the Maker’s Mark distillery on Starr Hill Farm in Loretto, Kentucky.

Barrel Select and a new bourbon crafted by the show’s hosts were introduced ahead of Black Bourbon Society’s 5th anniversary on May 31. 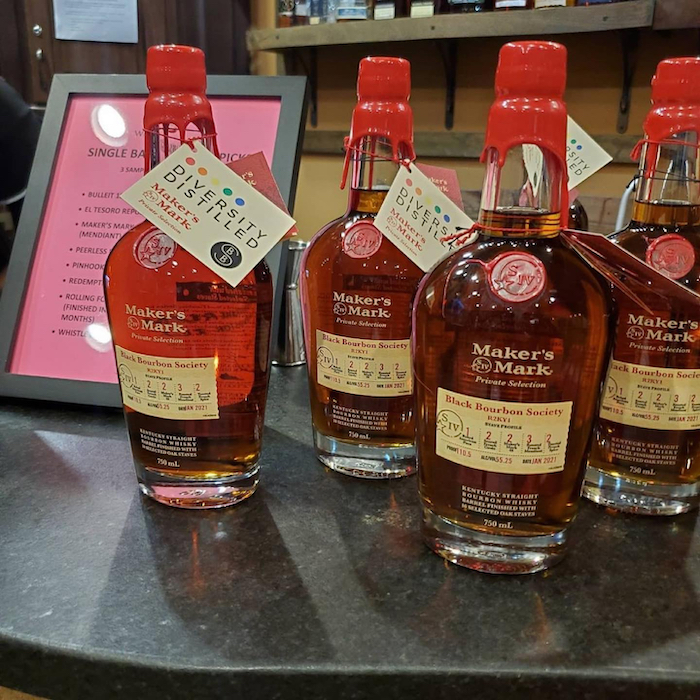 “Armond and I are thrilled to showcase the process of creating another Private Selection with Maker’s Mark,” said Samara Davis, Founder of Black Bourbon Society, in a prepared statement. “We are forever grateful for our brand partnership, which has been solid over the years, and fervent support for our advocacy work to influence a more diverse and inclusive spirits industry. We are also grateful for the Spirits Network who has extended their platform to showcase our experience with like-minded spirits enthusiasts around the globe. We look forward to creating more unique content from a diverse lens perspective for the network in the future.”

Barrel Select launched on the Spirits Network on May 20, and bottles of the Black Bourbon Society’s Maker’s Mark Private Selection: Recipe 2 are hitting shelves shortly thereafter in select markets and online. The new bourbon celebrates Diversity Distilled, a non-profit organization founded by Samara and Armond that advocates for increasing diversity, equity and inclusion of brands.

Maker’s Mark and Southern Glazer’s Wine & Spirits pooled funding and aided in the establishment of Diversity Distilled’s job fair and apprenticeship programs, which allow them to focus on advancing People of Color throughout the industry.

“It’s been a privilege for Maker’s Mark to continue supporting the Black Bourbon Society, especially on this latest program,” said Rob Samuels, 8th-Generation Whisky Maker at Maker’s Mark. “The new Private Selection that Samara and Armond Davis created is nothing short of spectacular. However, even more important than this unique whisky is our partnership with them and Southern Glazer’s to provide meaningful support for Diversity Distilled this year and beyond.”