The brand, led by hockey hall of famer and Olympian Ed Belfour, says this is the first new product since the brand launched in 2019. The company the following year unveiled Special Edition and Single Barrel Straight Rye offerings on an allocated basis.

Belfour Spirit’s first Small Batch bourbon is truly small — coming in with just 95-barrels for the one-time release. The Belfour Small Batch Straight Bourbon Whiskey has an ABV of 50.25% (100.5 proof), and is sold in 750ml and 200ml bottles. 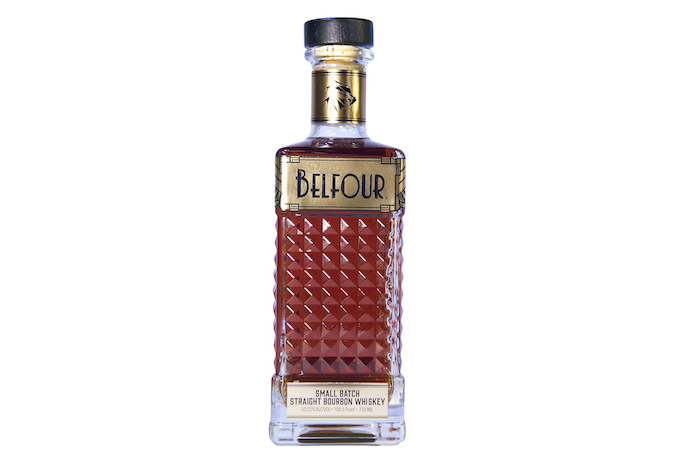 “We enjoy playing with barrel science to allow the wood to work its magic, and that truly shines on this Small Batch Straight Whiskey,” says Ed Belfour, Founder and Chief Executive Officer of Belfour Spirits, in a prepared statement. “This is a special bourbon to our family, and we are honored to share it with fans. Creamy sweet flavors lead to a finish that is complex and evolving. You’ll find a new flavor hits your palate with every sip.”

It is, according to official tasting notes, medium amber-colored and hits the nose with notes of freshly made caramel, wildflower honey, gardenia and mulling spices, the distillery notes. It has a taste of creamy caramel, chocolate, hazelnut and pecan with a finish of honey graham cracker, candied orange peel, sweet pipe tobacco and light peppermint.

Belfour’s bourbon mash bill is built with 60% corn, 30% wheat and 10% malted barley, being distilled at Southern Distilling in Statesville, N.C, where it aged for three years in new American white oak barrels.. It is packaged in the Belfour decanter-like bottle and features gold labels with black branding accents.