A Maker’s Mark bottle, with its dripping rivulets of red wax, is one of the most iconic packages – not just in whiskey, but in the whole world of food and drinks. But what exactly is the origin of that distinctive seal?

Sealing wax, in general, is thought to protect the contents of bottles from evaporation. At one time, before cork was the sealant of choice, it was used to plug wine bottles, and you can apply it yourself to unsealed bottles or homebrew.  Some winemakers still use wax on top of a cork, although there’s some controversy there, as part of what makes cork such a good bottle closure for wine is precisely that it is slightly porous.

When it comes to Maker’s Mark, though, wax is purely decorative. For one thing, contrary to the old-timey vibe the wax imparts, Maker’s isn’t a brand with more than a century of history like, say, Old Forester. It only dates back about 60 years – 63 years t0 be exact – with the first bottles going up for sale in 1958. 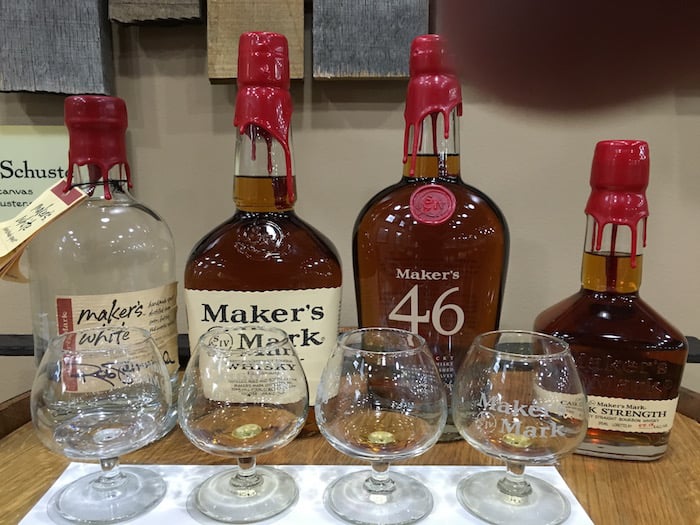 It’s often said that selling whiskey is at least as much about what the bottle looks like as what goes into it, and if that’s the case, the success of Maker’s Mark belongs as much to Margie Samuels, founder and distiller Bill Samuels’ wife, as to Bill himself.

Samuels was raised in the whiskey business and got a degree in chemistry from the University of Louisville before marrying her husband and moving to Star Hill Farm in Bardstown. It was there that she single-handedly invented the Maker’s Mark brand: she came up with the company’s logo (the star represents Star Hill, the “S” stands for Samuels, and the “IV” is a reference to Bill Samuels being a fourth-generation distiller), designed the font on the label (she wasn’t a graphic designer) and thought of the name Maker’s Mark (inspired by the identifying marks English pewter-makers stamped into their work).

Her finishing touch was the wax closure on the bottle. Supposedly, she nailed the distinctive drippy look in the family kitchen, melting the sealing wax in a deep fryer. As you know if you’ve ever picked up a bottle, the sealing wax itself resembles plastic or rubber more than candle wax: it’s extra-durable and has a high melting point. For her work making Makers what it is, Margie was the first woman directly connected to a distillery to be inducted (posthumously, in 2014) into the Bourbon Hall of Fame.

The appearance of the wax is distinctive enough that the Samuels family trademarked it in 1985. In 2003, Maker’s successfully sued Diageo over a line of Jose Cuervo tequilas that were also being sold in bottles topped with dripping red wax.

Every bottle is still hand-dipped today, and if you visit the distillery, you can dip your own. If you’re into collecting interesting bottles, keep an eye out for an over-dipped “slam dunk” bottle or one of the blue, white, or green bottles the distillery releases periodically.