As if the Jim Beam American whiskey brand wasn’t big enough already, spirits giant Beam Suntory is set to drop upwards of $60 million in what looks to be a major expansion of its flagship whiskey making operations in Clermont, Kentucky. This, in part, is being done to “re-establish the James B. Beam Distilling Co.” in what looks to be a nod to the location’s historic roots in the company’s bourbon operations.

Plans call for this investment to build the Fred B. Noe Craft Distillery, enhance the visitor experience and establish the James B. Beam Institute for Kentucky Spirits. More specifically, according to company officials,

And, to top this all off, James B. Beam Distilling Co. was the company’s name immediately following Prohibition and will serve as the name of Beam Suntory’s Clermont operations going forward.

“At Beam Suntory, we like to say that we’re all One Big Family, and what we’re beginning here today reinforces our leadership in bourbon, and sets us up for the future,” said Freddie Noe in a prepared statement. “Now I can’t think of anyone who’s set up the future of bourbon any better than my dad, so I can hardly begin to express my pride in naming this new distillery after him.” 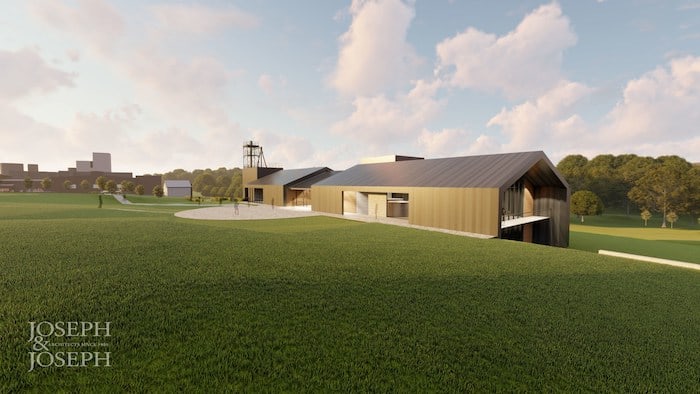 “Beam Suntory is excited to honor our roots by investing in the James B. Beam Distilling Co., and setting ourselves up for a bright future in Kentucky and around the world,” added Albert Baladi, President & CEO, Beam Suntory. “With nearly 225 years behind us, we are proud of our history of entrepreneurialism, craftsmanship and innovation.  As the world leader in bourbon, we are thrilled to be laying the foundation for the next 225 years.” 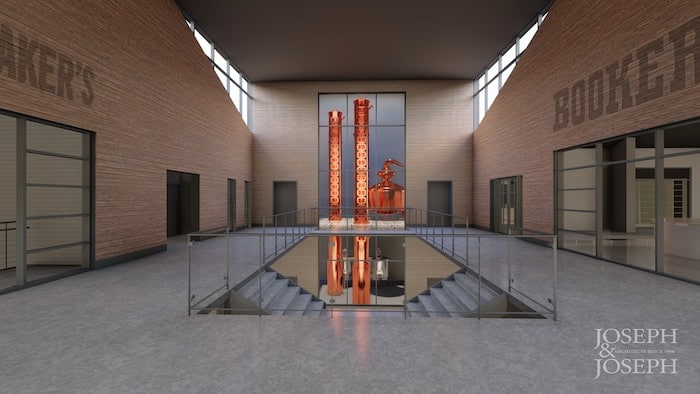 A rendering of the stills at the proposed Fred B. Noe Craft Distillery (image via Beam Suntory)

No immediate time frame was mentioned for when all of this might be completed. This investment follows a greater trend of late in major spirits companies, such as Diageo, investing heavily in American whiskey production in Kentucky. Beam, not surprisingly, has a big hand in that in an ongoing fashion, investing more than $500 million annually to make bourbon.