Increasing barrel storage capacity by 25 percent, the distillery expanded by constructing three new warehouses, the first built onsite at the historic distillery since 1963.

Warehouse 33 was the first new warehouse to be built, completed in February, and is nearly full with new barrels of whiskey. Warehouse 34 was finished this summer, and is about 70 percent filled with barrels. 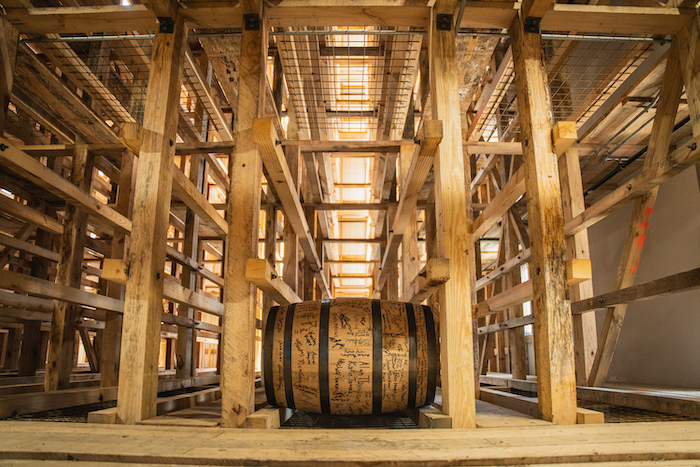 Construction just wrapped up on Warehouse 35, with new barrels of whiskey rolling in the next few weeks.

Barton 1792 officials explained that these warehouses are made of traditional wood floors and wood storage ricks with metal siding. These three warehouses were built on the hillside behind the distillery.

Throughout the expansion, Barton 1792 Distillery continued to offer tours and tastings for visitors, with appropriate safety measures in accordance with CDC guidelines and government recommendations.

Currently, Barton 1792 Distillery is open for tours and you can register for the Barton Tradition Tour at www.1792Distillery.com. All tours and tastings are complimentary.

The distillery is located on 196 acres and includes 28 warehouses, 22 other buildings, the Morton Spring and the Tom Moore Spring. Distilling, aging and bottling bourbon whiskey are hallmarks of the historic Barton 1792 Distillery. 1792 Small Batch Bourbon Whiskey is produced at Barton 1792 Distillery, and is named for the year Kentucky became a state.

Barton Brands has facilities in Bardstown, Ky., Carson, Calif., and Baltimore, Md. Barton Brands is owned by the Sazerac Company, an American family-owned company based in New Orleans, La. Barton 1792 Distillery was established in 1879 and continues today as the oldest fully-operating distillery in the “Bourbon Capital of the World.”