Barrell Craft Spirits recently announced the release of its 15 Yr Bourbon, crafted and bottled in Kentucky from whiskeys that were distilled and aged in IN, KY and TN.

Matured for 15 years, the new bottling is characterized by candied scents and then savory earthy ones, fruity aromas, and finally herbs and spices, according to the brand. The palate is bright and sweet and tastes of cola. It is described as a union of grain and barrel, with an opulent, oak forward nose and a honey-brûlée palate that reveals the lushness of the grain.

Based in Louisville, KY, Barrell Craft Spirits is described as being an award-winning independent bottler and blender, earning Best Bourbon twice at the San Francisco World Spirits Competition (SFWSC) and high honors at the NY International Spirits Competition, LA Spirits Competition, and Ultimate Spirits Challenge (USC), including Chairman’s Trophy for Barrell Dovetail. It is highly rated by Whisky Advocate and was named Best American Whiskey of 2018 in Forbes. 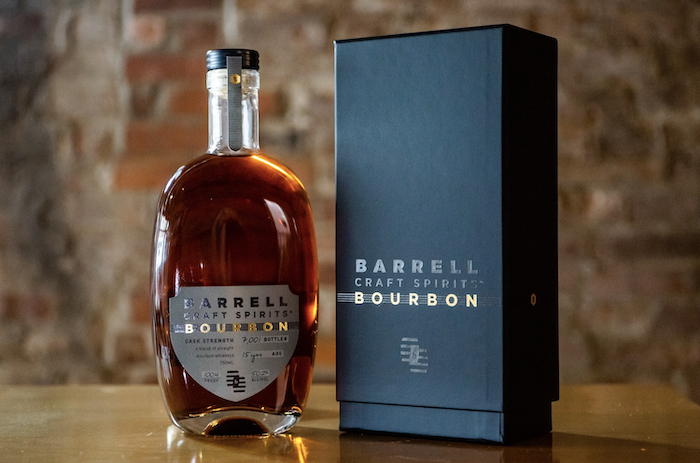 The bottler’s goal is to select and blend products that explore different distillation methods, barrels and aging environments, and bottle them at cask strength. Every batch is produced as a limited release and has an intentionally distinct flavor profile.

Barrell Craft Spirits 15 Yr Bourbon (formerly known as BCS Gray Label) is available online for a retail price of $249.99. Official tasting notes can be found below.