Bardstown, Kentucky, given its location in the heart of bourbon country, is aptly named the “Bourbon Capital of the World.” Multiple distilleries work in and around the area, including Jim Beam and Heaven Hill. There’s plenty more room to grow in the town, however, with one of the latest examples of this being the on going construction of newcomer Bardstown Bourbon Company.

Bardstown Bourbon, calling themselves the “Modern Distiller of the American Spirit,” is creating on 100 acres of active farmland a $25 million “destination experience” that includes a state-of-the art distillery, integrated visitors center and event space. It has been under construction since October 2014, and currently is expected to be completed by the summer of 2016. 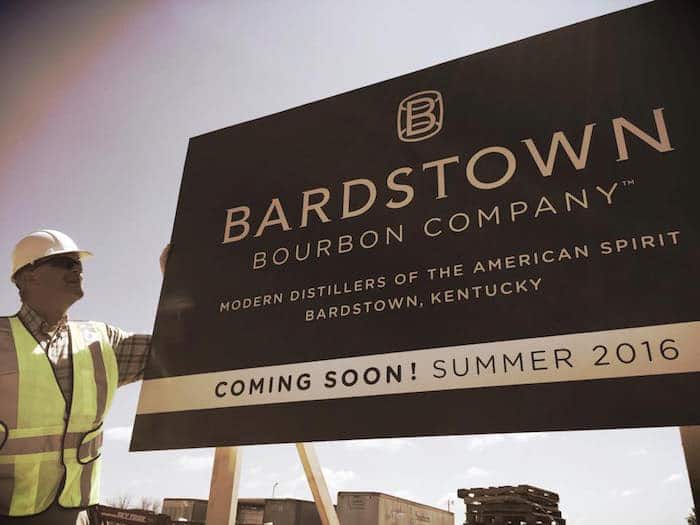 Despite being such a young operation, this new distillery outfit has a veteran at the whiskey making helm in the form of Steve Nally. Nally, among the many notches on his belt, is a 40 year veteran of the spirits industry, Bourbon Hall of Fame master distiller and formerly the master distiller of Maker’s Mark. He also happens to be a Bardstown native, so he knows the area and its resources very well.

“During my career, I’ve worked with and learned from the best in the business,” said Nally in a statement. “I look forward to creating exciting new brands and making great bourbon. Building this distillery is a dream come true for the bourbon enthusiast. The local area provides us with excellent resources and we are paying attention to every aspect of production from farm to table.”

In developing the Bardstown Bourbon brand, those behind this company have partnered up with Mahalo Spirits to help get the word out. This company is known best for the branding behind Angel’s Envy bourbon, which recently was snapped up by spirits giant Bacardi.

Bardstown and Mahalo later this year will announce details of their first planned whiskey brand.

597
Shares
437
Views
Share on FacebookShare on TwitterGet Our Newsletter
Cheers to the Dads! Personalize a bottle of his favorite whiskey to create a modern gift for the modern man. Use code: FATHERSDAY20 for $20 off your next order of $100 or more at ReserveBar