Is it a sign of the sourced bourbon-soaked times when a distillery that hasn’t even officially opened to the public is already sold-out under contract ? Quite likely, yes. Bardstown Bourbon Company is the entity already at capacity, even as it plans to open to the general consumer next year.

Bardstown, which we last checked in on back in April to see how construction was going, said that, after three years in development, it is already sold out of brown spirit for its collaborative whiskey, bourbon, and rye distilling program. It has a current 1.5 million proof gallon capacity, meaning it has already produced a ton of future product for other brands. Luckily, the distillery can be expanded within its current design, and plans are already afoot to move towards more than 6 million proof gallons, thus allowing them to take on yet more contract distilling by the third quarter of next year. 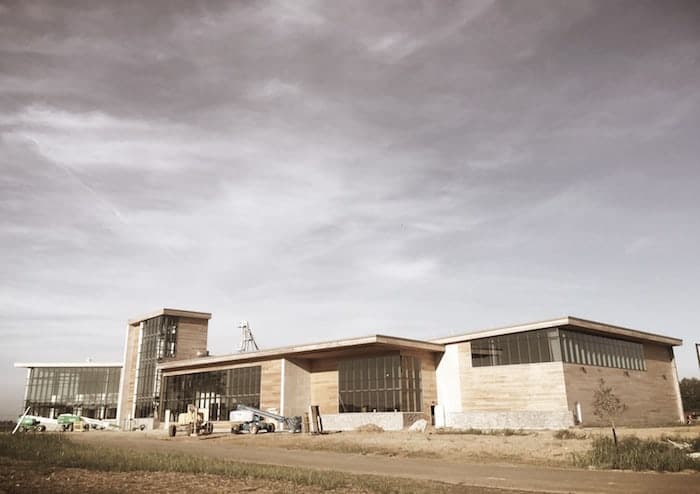 For those who are not private brands, but instead consumers curious about Bardstown-labeled product down the road, fear not. The distillery also said it recently began production of its own whiskeys, although there was no word as to when their first spirit might be available to taste.

“The Bardstown Bourbon Company is reshaping the American whiskey market,” said David Mandell, distillery president & CEO, in a prepared statement. “The success of our Collaborative Distilling Program demonstrates the massive demand for custom, authentic, Kentucky whiskey products. We’re excited to begin producing bourbon for our customers and our own brands.”

The distillery plans to open its visitor and events center, located on the distillery campus in Bardstown, to the public in early 2017. The state-of-the-art whiskey operation, it is said, will also include a transparent educational experience, high-end tours and tastings, event space, and, eventually, a restaurant and boutique hotel.

“We’ve turned on the whiskey at the Bardstown Bourbon Company,” added master distiller Steve Nally. “I’m so proud to be starting up this incredible operation in my hometown. It’s a once-in-a-lifetime opportunity, and we’re excited to share it with the world soon.”