Paul Tuell learned a lot about marketing liquor over the two decades he worked for Brown-Forman. But he readily admits that the job is pretty simple when the message can be backed by a product’s flavor.

Sure, the brand story is important, especially if you can create an aura of heritage. But when marketing has done its job, the hook is set and a customer plunks down some dollars for a pour, that’s where the rubber meets the road, Tuell said.

“It better taste good to somebody or you’re out of business,” said Tuell, founder of Louisville, Ky.-based Saloon Spirts, which launched its first product this fall, a four-item line of Ballotin Chocolate Whiskey. “It’s one reason we have more than one flavor: everyone’s palate is different, especially when you start working with food flavors.” 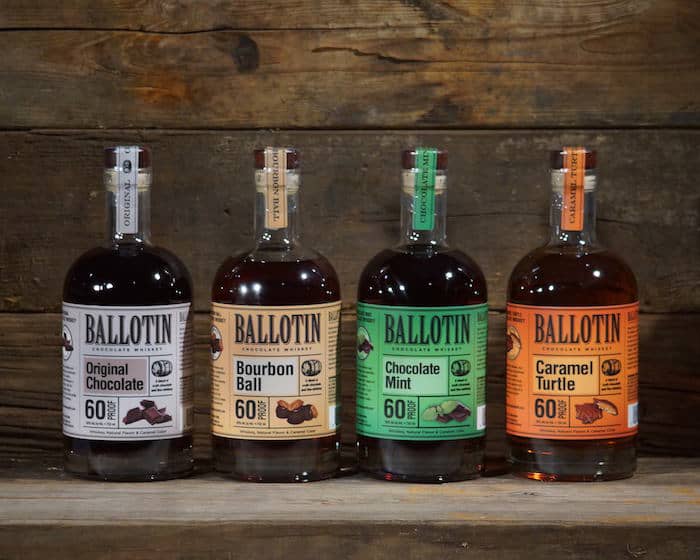 What currently exists in this new line up includes Ballotin’s Original Chocolate, Bourbon Ball, Chocolate Mint and Caramel Turtle. All are 60 proof and representative of the link between bourbon and the South’s culinary heritage.

“These are flavors people know and are comfortable with,” Tuell said. “And when you tie that to whiskey, you expand that comfort level.”

And make them think of desserts, right?

“Sure, absolutely,” Tuell began. “But with the proof being what it is, we know it tastes great sipped neat or over ice. It’s its own drink.

“That naturally extends to mixology first, and then foods. If I were a chef, I’d think anything in our line would go well with about a thousand desserts.”

In October, Ballotin hit retail shelves in Kentucky, Tennessee and South Carolina. A road warrior from his days promoting Finlandia and Southern Comfort throughout Latin America, Tuell is out and about a lot again conducting Ballotin tastings, pouring neat tastes for curious samplers.

Ballotin’s sourced whiskey base is sturdy on the palate without dominating the added mint, nut or caramel notes. None are treacly or cloying, and all are great for mixology. Not surprisingly, the Louisville native has spent a lot of time with the city’s bartenders experimenting with the new whiskeys. (I’ve made an old fashioned by substituting simple syrup [I actually prefer and recommend a syrup of 6:4 water to sorghum molasses for bourbon drinks] with Original Chocolate, and a mint julep with the Chocolate Mint whiskey, and both came out well.)

Tuell knows he’s got his work cut out shilling flavored whiskey in this incredibly competitive marketplace, yet he sees the upside in the constant chatter about new spirits constantly entering the scene.

“Whiskey is a hot topic, and the time is right to become part of that conversation,” he said.