The Louisville, Kentucky distillery known as Angel’s Envy is a bourbon forward operation well loved for its flagship bourbon finished in port casks. It also offers up rarer offerings, with one of these over the last few years being its Cellar Collection series of bourbons finished in other cask types (2019 – Oloroso Sherry Casks; 2020 – Tawny Port Wine Barrels). Now, for 2o21, the brand has turned to Madeira casks for added age time.

The new Angel’s Envy Kentucky Straight Bourbon Whiskey Finished in Madeira Casks, according to those behind it, is a limited edition, 100 proof (50% ABV) whiskey that’s a blend of bourbons that was finished for a year in Madeira casks. This extended finished period is seemingly not something done typically in the whiskey industry (it is said by Angel’s Envy three to six months is more common). The result of said extra time is adding “deeper wood notes and an extra layer of complexity.”

Plans call this bourbon to be released as a Father’s Day treat, with a limited number of 600 of the 3,360 bottles being offered up to the distillery’s 500 Main members club via a lottery system starting May 21st. Those chosen will have an opportunity by purchase the release ahead of public sale at the distillery. Notification of those who win will occur on May 28th. 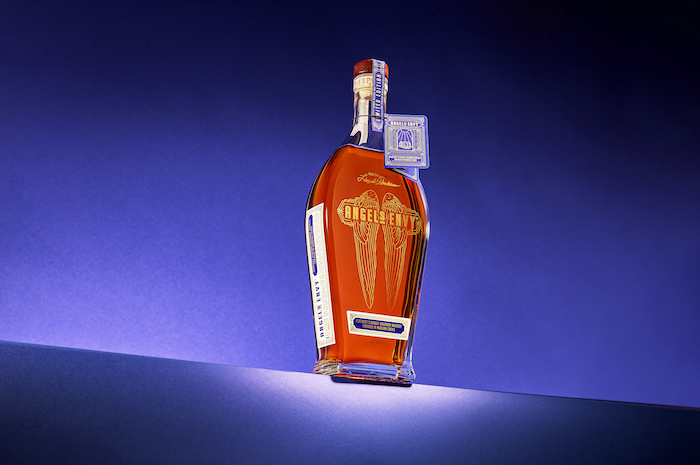 “There’s deep history and craftsmanship involved in the production of Madeira wine, so my sons and I knew we wanted to tap into that to create something special for our Cellar Collection,” said Wes Henderson, Co-Founder and Chief Innovation Officer, in a prepared statement. “We took a trip to the island in 2015 and tried more than 30 varieties until we found the perfect casks that would lend both the dryness of a good sherry and the richness of tawny port to our bourbon.

“This release, like all of Angel’s Envy’s whiskeys, was a family effort, so it feels only right to share this bourbon with our fans in celebration of Father’s Day.”

The remaining bottles for the Angel’s Envy Kentucky Straight Bourbon Whiskey Finished in Madeira Casks release will available at the distillery and also in select retailers in KY, NY, CA, FL, TN, IL and TX for around $230 per 750 ml bottle. Official tasting notes suggest “notes of caramelized banana, brown sugar, raisins, almonds and faint cherry on the nose, as well as notes of oak, grass, smoke, leather, chocolate and dried cherries on the palate. The finish lingers with notes of almond and hazelnut.”