Angel’s Envy is known mostly for being an extremely popular bourbon that’s finished in ex-port casks, and those behind it could be content to just stick to this winning formula. Times change though, and with it Angel’s Envy is now unveiling a line expansion that will see its bourbon being finished in ex-sherry casks.

The new Angel’s Envy Kentucky Straight Bourbon Whiskey Finished In Oloroso Sherry Casks, according to the Angel’s Envy distillery, is the first new release under this brand since 2013. It is a limited edition offering for now, with just 3,600 bottles being made available. It is, as the name implies, finished in ex-Oloroso sherry casks for two to three years after initially being aged in new American oak for four to nine years. 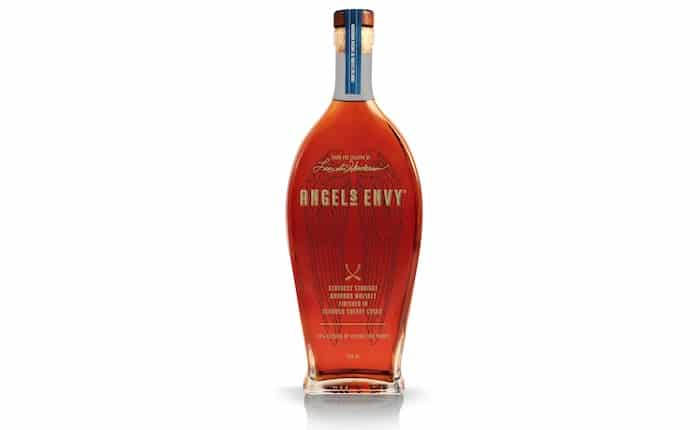 “With our latest Angel’s Envy expression, we’ve taken inspiration from the Venenciador of Spain, whose exacting pull and pour of sherry is required to aerate the liquid in order to reveal its true character,” said Wes Henderson, Chief Innovation Officer and Founder at Angel’s Envy, in a prepared statement. “We took a page from that book and chose to let this limited release rest for an extended finishing period in Oloroso sherry barrels, lengthening the oxidation process for a sophisticated level of flavor. We chose Oloroso sherry casks because we believed the nutty notes from the Oloroso Sherry would pair well with our bourbon.”

Plans call for this bourbon to be available for purchase at the distillery in Louisville, Kentucky, as well select retailers in Kentucky. It is bottled at 100 proof and prices for around $200 per 750 ml bottle. You’ll find some official tasting notes below from Angel’s Envy for your consideration.