September 11, 2001. It is a date which will live in the collective memory of the United States for the remainder of its history as a nation. While this devastatingly tragic event is not something one might immediately associate with whiskey, a Florida based group of former soldiers turned entrepreneurs hope their special bourbon bottling will continue to help towards remembering those soldiers and first responders who were tasked with saving lives and executing military responses in the days immediately after.

American Freedom Distillery, according to those behind it, came up not too long ago with the idea of what’s called Horse Soldier Wheated Bourbon Whiskey. Available in both 95 proof and barrel strength offerings, it is an eight-year-old wheated bourbon reportedly distilled by a Columbus, Ohio distillery. While this might sound not all that immediately connected to 9/11, where the kicker comes in is that the special American made glass bottles housing this whiskey were pressed from a mold created with steel from the World Trade Center. 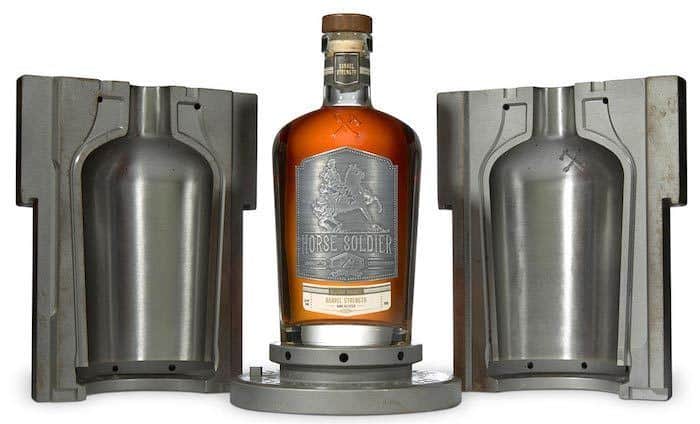 Now, you might think this slightly disturbing, and you certainly wouldn’t be alone in that regard. I’ll leave judgement out of this post and just tell you more of the story. Horse Soldier is distilled from a mash bill that’s 70% yellow dent corn, 20% soft red winter wheat and 10% two-row malted barley. Water from limestone aquifers is used in the process as well.

Plans call for Horse Soldier Wheated Bourbon Whiskey and Horse Soldier Signature Barrel Strength Wheated Bourbon Whiskey to be available initially in Florida. You’ll find limited official tasting notes for them below from American Freedom for your consideration. It should be noted as well the group of former special operations veterans behind this venture were part of teams of Green Berets which inserted into into northern Afghanistan on horseback in the days immediately after September 11 and are the ones featured in the movie 12 Strong. Also, a portion of bottle proceeds are being put towards supporting various foundations supporting ex-military and their families.