A. Smith Bowman Distillery, owned by Sazerac and known for its single barrel, small batch, and experimental spirits, recently added a new expression to its portfolio, A. Smith Bowman Cask Strength Bourbon.

Aged a minimum of 10 years with barrels hand-selected by Master Distiller Brian Prewitt, the A. Smith Bowman Cask Strength will be an annual release, bottled uncut and non chill-filtered.

“We’re excited to add another offering in the A. Smith Bowman line of bourbons, especially a cask strength, which we’re sure will be really popular with our fans,” said Master Distiller Brian Prewitt in a prepared statement. “This first release in this annual series contains barrels selected from the lower tiers in Warehouses A1 and A. We thought the flavor combinations resulted in a delicate sipping bourbon that drinks like a much lower proof.” 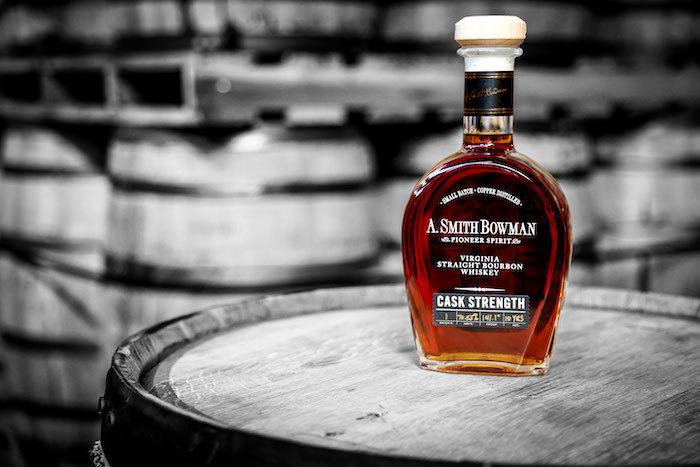 This first release is coming available now, and clocks in at 141.1 proof. Prewitt said the official tasting notes for this bourbon show it starts off with the aroma of vanilla, apple, and dried cherries.

Hints of toasted pecan and candied nuts give way to brown sugar, brown spice, and toasted coconut. The finish is oily and viscous with an aftertaste that keeps going long after the final sip.

The A. Smith Bowman Cask Strength Bourbon will be available in select markets in the United States, as well through the A. Smith Bowman Distillery gift shop. Bottles are packaged in 750 mL and suggested retail pricing is $99.99.

For those unfamiliar with this brand, A. Smith Bowman’s distilling roots are said by Sazerac to date back to the years before Prohibition when the Bowman family had a granary and dairy farm in Sunset Hills, Virginia. They used excess grain from the family estate to distill spirits.

In 1934, after the Repeal of Prohibition, Abram Smith Bowman and his sons continued the family tradition and built a more modern distillery in Fairfax County, Virginia called Sunset Hills Farm. The Distillery was moved in 1988 and is now nestled in Spotsylvania County near the city of Fredericksburg, 60 miles away from the original location.