A Conversation with Diageo’s Ewan Morgan, the Man Behind Orphan Barrel 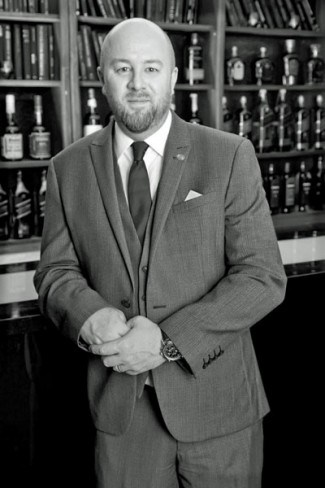 You may not recognize Ewan Morgan’s name or even his title: National Director of Diageo’s Masters of Whisky. But if you’re a bourbon fan, you’ll recognize the name of the line of boutique liquids in which he’s focused on for more than two years: Orphan Barrel.

On the surface, one might find that name innocuous, even melancholy. But anyone fortunate enough to have a sip of Old Blowhard 26-year knew there was no room for sissy whiskey in the Orphan Barrel line. Though widely regarded as a 96 proof oak bomb, Blowhard was beloved by some, disliked by others. For Diageo, that split opinion mattered little because even at $150 per bottle, the whiskey was scooped up by enthusiasts as fast as it reached retailers.

And as if to assuage the bruised palates that didn’t cotton to Blowhard’s brusque delivery, Diageo released Barterhouse 20-year simultaneously. Despite its age, it was rich, velvety and loaded with butterscotch. To be sure, there was plenty of oak, but it came on as character, not a taste bud crusher. It, too, vanished from shelves in no time and confirmed Orphan Barrel was a hit.

Subsequent releases of Lost Prophet, Forged Oak and Rhetoric have sold equally well, giving Morgan much to think about as the limited releases of these bourbons proceeds. Asked how long Orphan Barrel will continue to produce siblings, Morgan said as long as there’s old, old bourbon in the Stitzel-Weller rickhouses in Louisville.

WhiskeyWash: Orphan Barrel bourbons aren’t soft spoken. Talk a little about how they’re made from stock on hand.

Ewan Morgan: It’s a matter of mingling different barrels from different locations in the rickhouse. Old Blowhard was on the seventh floor of the rickhouse, and in some of those barrels, nearly two-thirds of the liquid had evaporated. Some barrels had nearly 150 proof whiskey coming out of them: very dark, but packed full of flavor. In the barrels on floors 1 through 3, there was much less loss and the liquid was much gentler.

So we balance them by mingling those with some more gentle liquids. If we’d have released some of those at barrel strength, it would have blown people’s heads off. We’re taking the most interesting elements and mingling them to make a complex spirit.

WW: Which release is your favorite?

EM: Lost Prophet is my favorite. But now one of the next releases is my new favorite.

WW: And that would be?

EM: I can’t tell you much about that other than its phenomenal and that if you loved Lost Prophet, you’ll love this one, too.

WW: When should we expect to see this release?

EM: In all likelihood after Christmas, but we’ve not set an exact date. We’re probably looking into next year before it happens.

WW: So for this next release, you’ve thieved the barrels, taken those samples to your tasting panel and they’ve made their choices. Now what happens to the whiskey? Is it held in stainless until bottling?

EM: No, it stays in the barrels. All we’ve decided on at first is the prototype liquid. The actual full mingling hasn’t been done. What we selected for this next release was done on a smaller scale. Our tasting panel does its work and comes back with their scores. That’s given to the team at Stitzel-Weller who pulls that from the rick to make the final liquid at a later date. 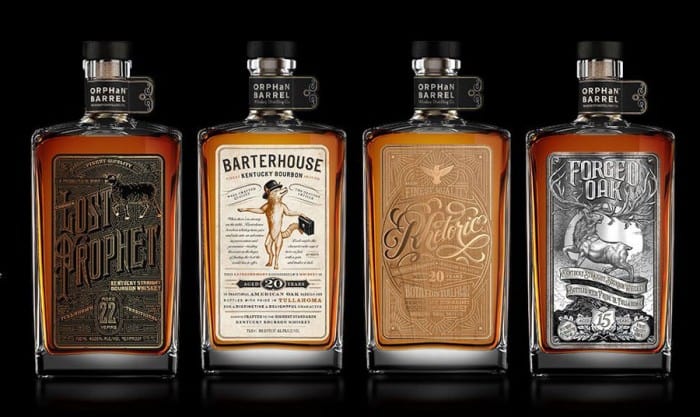 How many barrels go into each release?

We don’t talk about those details, but it varies from release to release.

Once a release is done, it’s done?

Yes. Old Blowhard and Lost Prophet—no more of that liquid is available. I have only two bottles of Lost Prophet at my house, and I’m still scouting for more. But the top-dollar prices they’re charging in the aftermarket. … I’m Scottish, I’m not going to pay that!

When you’re mingling these old bourbons, are you aiming for a specific flavor profile, or are you allowing the liquid to determine that?

EM: To a certain extent the liquid does dictate the result. We know what works and what will mask flavors that we want to come though. Our innovation team are a bunch of nerd geniuses when it comes to this. There is a sort of DNA we’ve identified that we like, and we want to preserve that (in each individual release).

Rhetoric, for example, is not overly oaked by any means, but there is a good amount of oak to it, a lot of butterscotch flavor, some leathery-cherry flavor to it. … When we’re tasting, we’ll sometimes say we’d like to get more vanilla or more coconut out of it. But (the innovation team) says, “If you do that, you’re going to get this,” and maybe it’s not what we want. Sometimes we start off with something very light and end up with something much heavier with more rich tones than we expected. That’s what happened with Lost Prophet.

WW: When you read some reviews of a whiskey like Old Bloward that criticize it as an oak bomb, how do you react to that?

EM: We knew it was oaky. It spent 26 years old on the top floor of our rickhouse! We went into it knowing it was an oak bomb. But we went to our panel and got their feedback first. And, honestly, some didn’t care that much for it, while others were raving about it. Everyone’s palate is different, so we went with it. And there’s no more of it.

WW: Ever find a barrel that makes you think, “This one’s gone too far.”

EM: They do find barrels like that, but they will use them. Nothing will ever go to waste. If you think about those kinds of whiskies in a way you think about bitters in a cocktail, you’d think about how they add complexity to the final liquid. So they will mingle those in in much smaller amounts and add character into them to the whole. Nothing ever goes to waste.

WW: How many more years can the Orphan Barrel program continue?

EM: A few weeks ago, I asked our innovation team that same question, and they said we didn’t need to worry about that. And if you’ve ever been to Stitzel and looked at the ricks there, you know there’s a lot of liquid on that campus. Plus, there’s a lot from different sources. I’m pretty confident it’s going to be on for a while.

WW: Any particular reason these whiskies are bottled at George Dickel (in Tullahoma, Tenn.)?

EM: We’ve done this project on such a small scale that it’s a good fit to have it bottled by hand in Tullahoma. There’s no real automation there. If you ever have a chance to see it, you’ll see how small the production line is.

WW: Clearly you enjoy working on the Orphan Barrel program.

EM: I can tell you that this project is one of the most fun projects I’ve ever worked on. It’s so exciting to taste these old snippets of history that people ordinarily don’t get to taste. So it’s a great thing to bring these old liquids to market. A company the size of Diageo would not normally do something so small like this. It’s awesome to be involved in it.