Whether you’re just getting into whiskey, or you’ve been enlisted to help a newbie friend start their very first liquor cabinet, you’ve got some (fun!) decisions to make. But here’s the thing: building a great whiskey bar at home takes time and money. If you’re short on either one of those two things, setting smart priorities is going to be essential.

Don’t worry; we’re here to help. Here are the five essential whiskeys that should be on any liquor shelf: 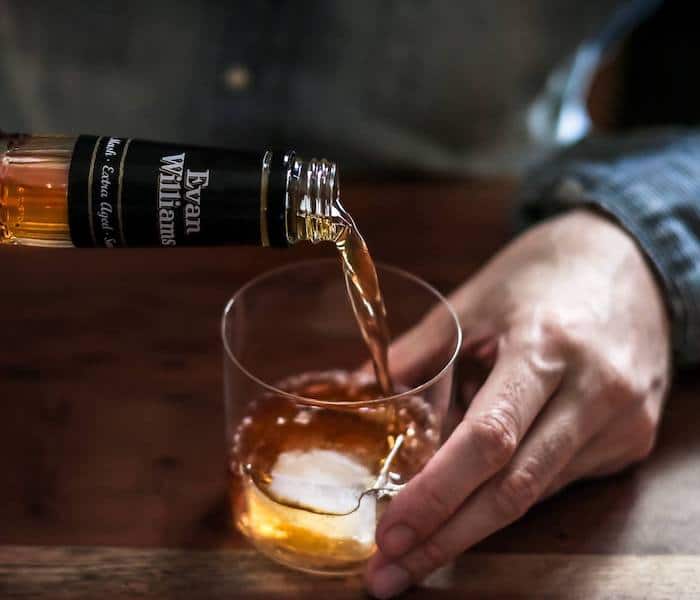 This $15 bourbon is a landmark for inexpensive quality, so much so that bourbon writer Chuck Cowdery uses it for his benchmark Evan William’s Test when evaluating (usually spurious) rapid aging products: “Until you can make something that tastes better than Evan Williams and sells for less than $15 a bottle, you have nothing. You’re just wasting your time and ours.” Spicy and full, Evan Williams fits the bill for any bourbon cocktail you can imagine, and you can deploy it at parties without shame – and without decimating your bank account.

Perennially named one of the best all-around bourbons out there, Buffalo Trace is straight-up delicious no matter how you look at it. The Buffalo Trace distillery is also responsible for some seriously collectible bourbons, including the Van Winkle lineup, W.L. Weller, and Elmer T Lee, so if those are out of your price range, this is a way to get your hands on some related juice.

Every liquor cabinet needs a rye, and Rittenhouse Rye is getting a little easier to find these days. Overproof, affordable, and perfect for contemporary and classic cocktails, there’s a reason Rittenhouse is on every back bar from Los Angeles to Brooklyn.

Glenfarclas 12 Year (or older, if you can afford it!)

Every liquor cabinet needs a bottle of pure pleasure to bust out at the end of holiday meals or trying work weeks. If you think Scotch isn’t for you, you probably just haven’t tried Glenfarclas. Aged entirely in sherry casks, this single malt is silky smooth and full of rich, fruit-forward flavor that will please even the most delicate palate. Independently owned, Glenfarclas remains one of the most affordable high-end Speyside Scotch brands out there.

Ok, ok, you might not like peat now – but you’ll like it someday, and when you do, you’ll thank us. Laphroaig might not be a true “beginner” whiskey, but whiskey isn’t meant to pat you on the head and give you a trophy for showing up. It’s supposed to open your eyes to the amazing possibilities of fermented, distilled grain, and Laphroaig 10 Year hints at the outer reaches of those possibilities. Learn to love Laphroaig, and a whole new world opens up to you.