The annual running of the horses in the race known as the Kentucky Derby is a big deal for the distilleries in Kentucky, particularly for Woodford Reserve. The bourbon maker is known for its yearly artistic bottle that showcases a special racing scene tied to the event it celebrates. It is therefore on to the 2019 commemorative bottle, celebrating 20 years of relationship between Woodford and the ponies.

The 2019 Woodford Reserve Kentucky Derby Bourbon, according to those behind it, has a scene on the front of the label showcasing thoroughbreds racing across it. It has been painted by one Keith Anderson, a Brown-Forman employee who works at the Woodford parent company’s Bourbon Street Café at its headquarters in Louisville, Kentucky. This is the second such artistic rendering of the Derby by Anderson, who also did the artwork for last year’s bottle. 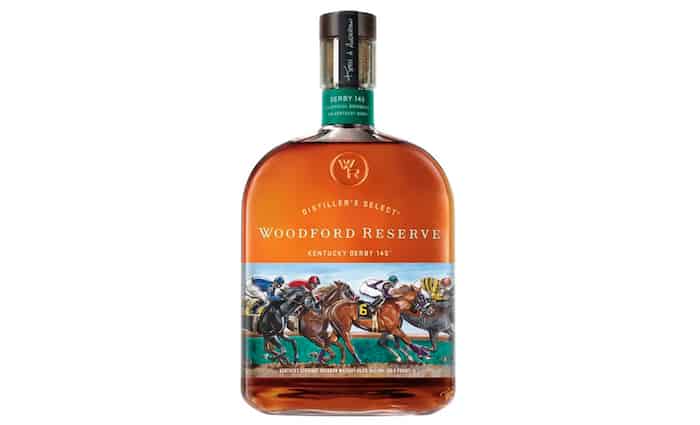 “My vision for this year’s Derby bottle came to me on Derby Day in 2018, when I was at Churchill Downs watching the horses race past me,” Anderson said in a prepared statement. “Their sheer power, their colors and the jockeys are seared into my mind — and now featured on the bottle.”

The 2019 Derby bottle is set to hit store shelves in March for a price point of around $44 per 750 ml bottle. It should be noted as well that, if you happen to be in Louisville any time in the near future, you should take a stroll over to the Frazier History Museum to see a special exhibit highlighting the history of the bottles as relates to the Derby. All 20 Derby bottles, all the original artworks used to design the labels, and other artifacts — including specialty glasses and Woodford Reserve’s $1,000 mint julep cups, which are sold on Derby Day for charity — will be on display.