Former master distillers returning from retirement to start their own ventures aside, one is slowly starting to see a changing of the guard in Kentucky bourbon distilling as older distillers decide it is time to retire and pass the reins to their successors. The latest to do this is Master Distiller Ken Pierce of 1792 bourbon fame. 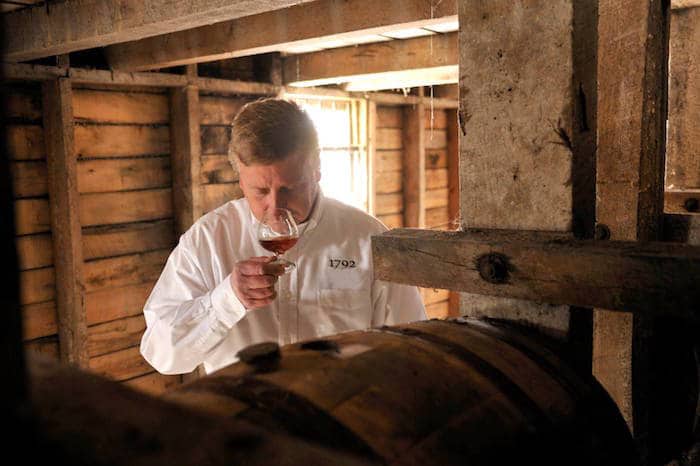 Pierce, for over 30 years, has been a driving force behind the Barton 1792 whiskey bottlings. He began his career, according to the distillery,

with Barton Brands of Georgia (now defunct) where he was Plant Chemist and later Quality Control Manager. After six years, the company transferred him to Bardstown, Ky. to its distillery now known as Barton 1792 Distillery. Pierce started his work in Bardstown as Senior Chemist; a short time later was named Chief Chemist, then Director of Distillation before being named Master Distiller.

While with the company, he learned from no less then three other master distillers, providing a wealth of knowledge to him he later was able to share with others, both within Barton and outside. One example of the latter outside influence was taking part in an industry wide engagement known as the George Washington Distillery project, which used historically accurate equipment to distill rye whiskey at Mount Vernon Plantation in Virginia. The distillate was aged and sold at auctions to raise funds to rebuild the distillery.

Pierce, while at the distillery, was involved in all aspects of bourbon production, according to company officials. This ranged from evaluation of incoming grain to the selection of mature whiskey. He was said to be “instrumental in the development of 1792 Small Batch Kentucky Straight Bourbon Whiskey and in the recent line extensions.”

No immediate successor was named, and Pierce’s retirement is effective later this month.