Founded in 1866, the Jack Daniel’s distillery in Lynchburg, Tenn., is the oldest registered distillery still operating in the United States, and its square bottles are found prominently displayed in bars all over the world. If there’s booze on the International Space Station, odds are it’s a bottle of Jack Black. (Unless the cosmonauts smuggled some vodka onboard… .)

Actually, 1866 is the year that the original Call & Call Distillery was registered as an entity, not long before young Jack Daniel took over after founder Reverend Dan Call quit the whiskey biz for religious reasons. So that’s the year that the current management of the Brown Forman-owned distillery has chosen as a reason to celebrate the brand’s 150th anniversary all year with a series of special events and bottle releases.

It’s not the first time the company marked a milestone in the life of the diminutive Mr. Daniel, in fact not even the first sesquicentennial. Back in September of 1999, the company released a commemorative bottle in honor of Daniel’s 150th birthday. It still chooses to celebrate the entire month because nobody knows exactly when he was born or even if he was a Virgo or a Libra. 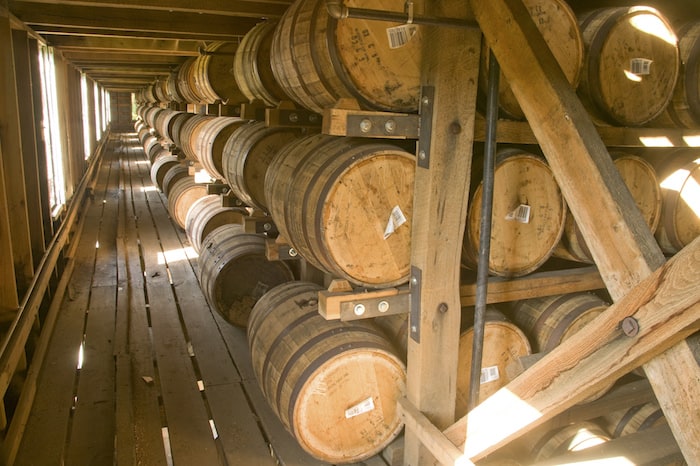 The 1999 birthday celebration saw a commemorative release bottled at 90 proof—the same ABV as all Black Label products until proof was dropped to 86 in 1987, followed by a plunge to 80 around the turn of the century.

Confirming that everything old is new again, the latest anniversary bottle celebrating the 150th anniversary of the original founding of the distillery is also a throwback to the higher proof days, but only the level of the 1990s at 86. Even though the mash bill is identical to Jack Daniel’s Black Label, (and Green Label, and Single Barrel, and Sinatra and Gentleman Jack for that matter) it does make a marked difference in the nuances of the whiskey in the bottle.

Although there is every indication that this special product comes from the same barrels that produce the regular 80 proof products, the slightly higher alcohol content contributes a delightful extra bit of burn on the palate, accenting the sweetness of the high corn mash bill that characterizes all Jack Daniel’s products. Of course, the charcoal mellowing does round out Jack’s sharp edges, but the bite of the proof does come through in the form of a tongue-coating and tannic heat. The butterscotch and pepper that characterize most Tennessee whiskeys coming out of Lynchburg is also quite apparent with the benefit that the caramel and vanilla notes on the finish are a little longer with the 150th Anniversary Edition.

Like other Jack products, there is no age statement associated with Jack Daniel’s 150th Anniversary limited edition, but it is clearly a relatively young product even if it is a century and a half in the making. In addition to this special release, the distillery has a series of other events planned during 2016 to commemorate this celebratory year. Mark McCallum, president of Jack Daniel’s, has announced an aggressive party plan, including:

Leave it to Jack Daniel’s to turn a birthday party into a yearlong celebration. Jamie Butler, Jack Daniel’s global brand manager is not surprised by fans’ ardent reaction to the whiskey.

“It has been a great 150th anniversary year for us so far and we still have several months of celebrating left ahead of us,” Butler said. “We’ve also seen some exciting new changes as part of our visitor experience in Lynchburg, with the reconstruction of the Motlow House and the renovated Barrel House 1-14.”
Reflective of little Jack’s giant fan base is the number of visitors from around the world flocking to Lynchburg each year. The distillery expects nearly 300,000 in 2016, which is almost 10 percent more than in 2015. By comparison, Buffalo Trace Distillery just celebrated the arrival of 1 millionth tour guest–since it began giving tours in 1999.
To reward those fans, Butler said the distillery has secreted barrels around the world as part of a massive global barrel hunt. Fans can visit its Facebook page to find clues to locate the prize-filled casks in places like Bucharest, Romania, Milan Italy and Toronto, Canada.
“Our global barrel hunt continues to be a success around the world,” Butler said, “and we are getting ready to release our limited 150th anniversary commemorative whiskey to our friends.”
That’s right, yet another special release in addition to the 150th Anniversary bottle mentioned above. Using higher-than-usual proof, master distiller Jeff Arnett has created a special flavor profile for this product by employing slow-toasted barrels to recreate a product that is reverential and referential to the past.
“For this 150th anniversary whiskey, our coopers slow-toasted the barrels to bring out the rich flavors and aromas of the wood, creating a contemporary expression of an 1866 barrel char,” Arnett said. “We wanted to offer a unique whiskey that we think collectors and consumers alike will enjoy for their own celebrations and is as special as the anniversary that it celebrates.”
These barrels for this release were tucked away in what they describe as the “angel’s roost” of one of their oldest barrel houses. The conditions in this particular warehouse include an elevation and the exposure to sunlight that creates a unique combination for emphasizing the interaction between oak and whiskey. Barreled and bottled at 100 proof, this should be yet another product that demonstrates that Arnett and the rest of the Jack Daniel’s team have a real talent for creating unique expressions from the same 80 percent corn, 12 percent barley and 8 percent rye mashbill.
You don’t make it 150 years without being pretty darned good at your job!
0
Shares
242
Views
Share on FacebookShare on TwitterGet Our Newsletter
Get Jameson Black Barrel at ReserveBar. Shop now!