Woodford Reserve has at the heart of its whiskey line up a group of four expressions that touch upon the major grain types one finds in typical production runs in the American whiskey category. What would it be like if these four were blended together into one bottling? That question has now been answered with the recent release of a four grain offering.

The new Woodford Reserve Four Grain whiskey, according to those behind it, is a blend of the four types of Woodford — Woodford Bourbon, Woodford Rye Whiskey, Woodford Malt Whiskey and Woodford Wheat Whiskey. Said new expression is part of the ongoing Distillery Series, which was created to “highlight Woodford Reserve’s creative line of complex offerings and showcase its commitment to innovation and premium craftsmanship. There are three annual releases of the distillery series.” 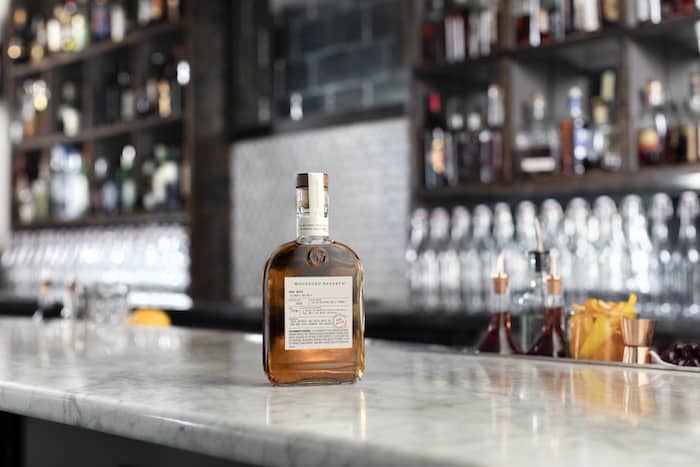 “Each core expression of Woodford Reserve has unique flavor characteristics, and I wanted each of them to shine through in this new whiskey,” Woodford Master Distiller Chris Morris said in a prepared statement. “The result is a very flavorful whiskey — a true spectacle for the senses.”

This whiskey is bottled at 90.4 proof and priced at around $50 per 375 ml bottle. It is available through the distillery and also a small number of Kentucky retailers. No age statement was provided and, as for official tasting notes, it was noted it has “hints of graham cracker, caramel, baking spices, cedar, and clove.”