Woodford Reserve Adds A Wheat Whiskey To Its Line Up

Woodford Reserve, Brown-Forman’s premium American whiskey label, has covered most of the major domestic whiskey categories to date, including bourbon, rye and malt. One that was missing? Wheat. It was something we noted might be coming around, however, based upon the appearance of an approved bottle label by the federal government some months back. This has now been confirmed by Woodford, which just announced its forthcoming Wheat Whiskey.

The new Woodford Reserve Kentucky Straight Wheat Whiskey, according to those behind it, is said to be based upon historical recipes but also “influenced by the iconic core Woodford Reserve Bourbon brand.” Wheat is obviously the dominant grain here, and this whiskey sports a four grain mash bill that’s 52% wheat, 21% malt, 18% corn and 8% rye.

“This proprietary expression of Woodford Reserve Wheat is designed to deliver a unique ‘fruit-forward’ flavor profile,” said Woodford Reserve Master Distiller Chris Morris in a prepared statement. “It is, like the other members of the Woodford Reserve brands, complex and approachable – and it will make great cocktails. This new permanent expression highlights our distillery’s commitment to creativity, innovation, and dedication to making the world’s best tasting whiskeys.” 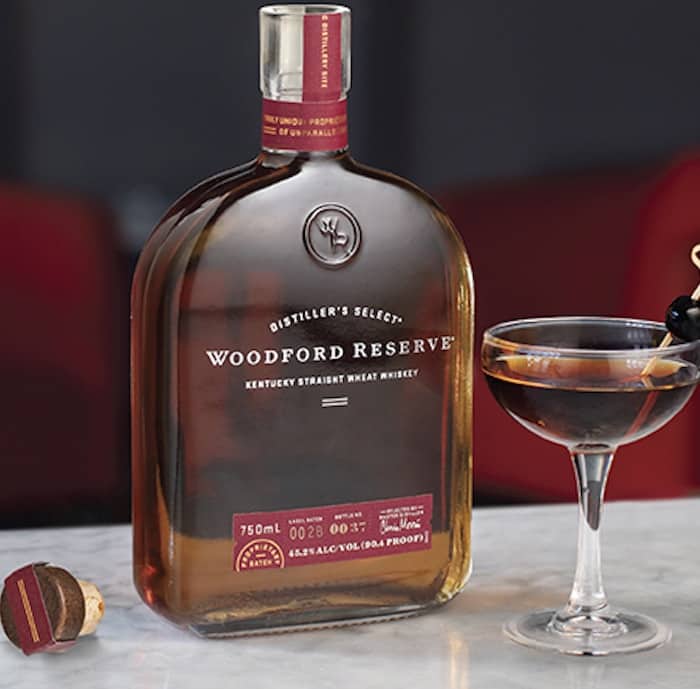 As it stands now plans call for this wheat whiskey to be bottled at 90.4 proof. It is set to price around $35 per 750 ml bottle, and you’ll find more official complete tasting notes below for your consideration. It should be noted as well this is a new permanent expression in the Woodford line up.

823
Shares
4.3k
Views
Share on FacebookShare on TwitterGet Our Newsletter
Get The Macallan® Rare Cask at ReserveBar. Shop now!