The WhistlePig whiskey brand has expanded in recent years to focus on some interesting products outside of its core line up of bottlings, such as an ice cream partnership it did with Ben & Jerry’s towards the beginning this year. Now they are getting into ready to drink cocktails.

The new WhistlePig PiggyBack Rye Smash, according to those behind it, makes use of the distillery’s 100% Estate Rye grown directly on its farm as its base. It comes in three flavors all total – Blackberry Lemon Fizz, Session Citrus Mint, and Fresh Ginger Lime – and is made of all natural ingredients. 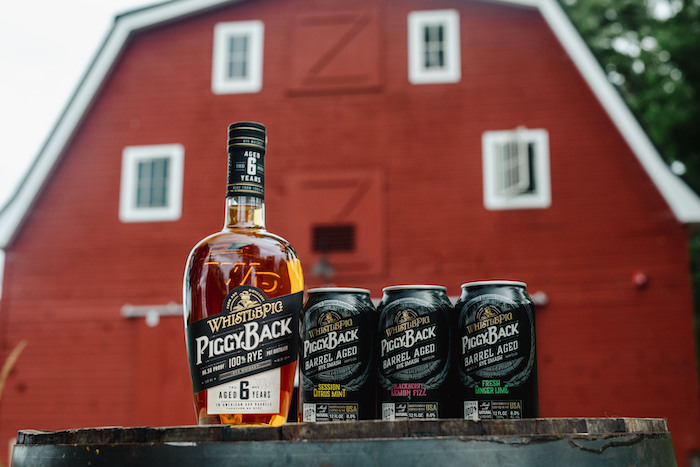 “We’re a restless and experimental team who love to fight the good fight for Rye, in whatever form that means,” said Jeff Kozak, Chief Executive Officer of WhistlePig, in a prepared statement. “We thrive on testing out new, innovative, and dynamic ways to use our Rye. We crafted this drink with 100% Estate Rye directly from the WhistlePig Farm, and paired it with ingredients barrel-aged in our WhistlePig Rye barrels – staying true to our whiskey ways.”

The Piggyback Rye Smash is available in four packs for around $18 in Georgia, Missouri, Vermont, Massachusetts, and Rhode Island, expanding across the U.S. in 2022. Each 12-ounce can contains 8 percent ABV and is, noted the brand, best straight from the chilled can.

Official tasting notes for each of the three variants can be found below.