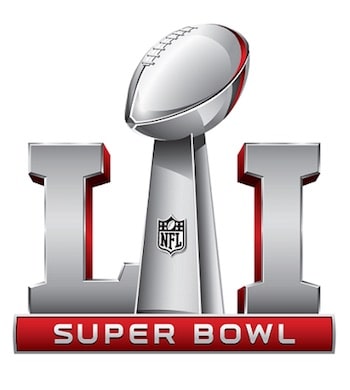 It’s Super Bowl time! Even if you’re more of a puppy bowl type, the world gives you few better opportunities to spend your day eating nachos, drinking whiskey, and arguing with your friends about the merits of the Budweiser Clydesdales versus those weird Geico cavemen.

No matter which team you’re rooting for, the Superbowl is American whiskey territory—put down the Scotch, Jeeves, this isn’t that other football. And from our perspective, this year’s matchup—the Atlanta Falcons versus the New England Patriots—is especially resonant. New England versus the South? That’s the story of American whiskey in a nutshell. So here’s our take on what you should be drinking this year.

So you’re a Pats fan? Time to reach for the rye. Rye whiskey is the traditional whiskey of New England, where it was made decades before Kentucky even became a state, let alone a national leader in distilling. A bottle of Rittenhouse Rye might hit the spot, or branch out and pick up a bottle of E.H. Taylor Jr. Rye, one of my personal favorites.

Of course, there’s an extra wrinkle here: many of today’s major rye whiskeys are made by producers based in Kentucky or Tennessee, and that’s perilously close to Falcons territory.If you’re looking to boycott the South entirely, you’ve still got options. Berkshire Mountain Distillers, for instance, is based in Massachusetts. While it doesn’t make a rye, it does produce a very popular bourbon, giving you the chance to thumb your nose at some Southerners’ erroneous insistence that bourbon can only be made in the South.

If you’re rooting for the Falcons, in some ways, you’ve got it easier. Your neck of the woods is already known around the world for its amazing whiskey. In the name of Southern pride, choose a bourbon.

There are a zillion options, of course, almost all of them appealing. You could go classic and opt for something like Four Roses Small Batch or Buffalo Trace—always good. Or, you could branch out, diving into a special release from someplace a little more under-the-radar, like Jefferson’s or Woodford Reserve.

The other path, of course, is to pick something made in Georgia itself. While Georgia is rumored to be not particularly friendly to distilleries, there are a handful of intrepid producers making whiskey in-state. Thirteenth Colony Distillery in Americus, Georgia, distills a remarkable range of whiskeys: a bourbon, a rye, a corn whiskey, a sour mash bourbon, and a “Southern whiskey” aged in toasted oak barrels.