Among the facets of their announcement was what one could easily interpret as a sharp worded slam against a whiskey distilling industry the tech company may seem to feel is lost to history and time.

As noted by the brand in their announcement, “in Kentucky alone, there are more than 9.1. million barrels of bourbon and other spirits aging right now — a number that has grown nearly 85% in the last ten years. Each year, nearly 20 million gallons of that product is lost to evaporation due to the wasteful, time-consuming and antiquated barrel aging process. The Bespoken Spirits method is a sustainable answer that keeps products out of wooden barrels in electricity-run rickhouses. 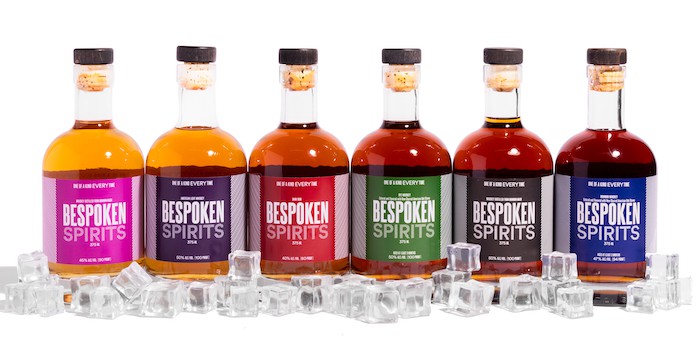 “Rooted in material and sustainability science, Bespoken’s proprietary ACTivation technology extracts the key elements of the barrel that enhance aroma, color and taste (ACT), managing the critical chemical reactions with precision, control, and speed, and enabling billions of bespoken recipes within days, not years.”

Bespoken is touting some pretty serious credentials in its corner as it argues its point, having received “$2.6 million in seed funding from market leaders, including Silicon Valley luminary and owner of Clos de la Tech wine, T.J. Rodgers, and professional baseball icon and businessman Derek Jeter.” Their initial products have also garnered gold medals at the San Francisco World Spirits Competition and New York World Wine and Spirits Competition.

In addition, it is said they’ve already seen some “market traction with its approach – turning excess beer into a premium whiskey for several breweries, producing spirits to meet consumer demand for Japanese-style whiskey without imports, and creating private-label whiskeys for grocery chains and other retailers to meet the changing demand for spirits during COVID-19.”

“I’m committed to partnering with innovative companies that disrupt the status quo in a positive way,” noted Jeter, investor, founder of The Players’ Tribune, Miami Marlins CEO and former captain of the New York Yankees. “With sustainability at its core, Bespoken levels the playing field for craft breweries and distilleries, retailers and sports and entertainment entrepreneurs to create premium spirits brands quickly and ecologically.”

“Bespoken Spirits understands the science that lets them deliver premium spirits tailored for the evolving demands of today’s tech savvy, environmentally conscious, value seeking consumer,” added Rodgers. “The company’s ability to deliver both quality and variety is what really caught my attention and made me want to invest.

“In a short period of time, they’ve already produced an incredible range of top-notch spirits from whiskeys to rum, brandy and tequila–all independently validated time and again in blind tastings and prestigious competitions.”

We recently had the chance to review some of the Bespoken Spirits products, finding them for the most part to be middle of the road at best. Accelerated aging technology has long been considered controversial in many corners of the traditional whiskey producing industry. Reception of this from the Scotch Whisky Association, noted The Irish Times, for example, has been “frosty,” with the trade group stating to the press outlet in regards to traditional aging that “those quality definitions of whisky protect the reputation of whisky as a traditionally aged product, and other spirits produced with other techniques should be labelled in a way which doesn’t take unfair advantage of that reputation.”

How this all ultimately plays out in the court of public opinion, and perhaps later a court of law based on interpreting what the Association is saying above, is anybody’s guess. There is room for everybody in the industry, there is no doubt, but everyone playing nice nice on what whiskey means to them is a whole other question indeed.